The ultimate guide to Chroy Changvar

Most people like to gaze out over the river the runs through Phnom Penh. But if you look at the opposite bank you’ll see one of the most up-and-coming districts in the city. Chroy Changvar district encompasses the peninsula formed by the Mekong and Tonle Sap rivers, as well as Koh Dach, or Silk Island.

Khan Chroy Changvar was a part of Russey Keo district until 2013. It’s made up of five communes:

National Highway 6A runs through Chroy Changvar. It provides a direct route to the important provinces of Siem Reap, Kampong Thom, and Kampong Cham.

This guide will give you a crash course about real estate in Chroy Changvar, what’s there, and how the area will grow. Let’s get started!

Where is Chroy Changvar? 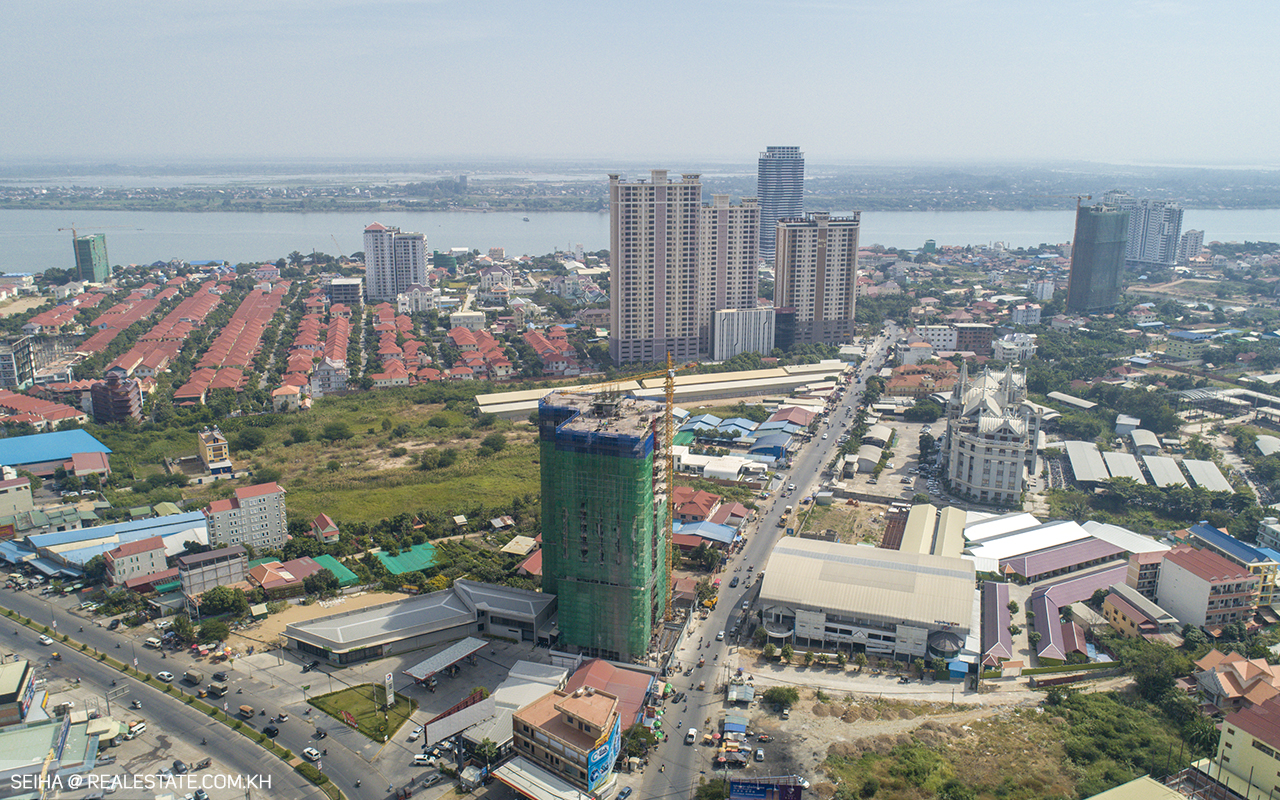 Part of Phnom Penh, Chroy Changvar is the name of both the district and the peninsula it encompasses.

Chroy Changvar is across the river from central Phnom Penh. It is connected to the centre of the city by a pair of bridges. The Cambodia-China Friendship Bridge and Cambodia-Japan Friendship Bridge were also instrumental in the neighbourhood’s rise. The latter was originally built back in the 1960s, but saw major renovations in the first half of 2019.

There’s also a bridge to the peninsula farther north in the Prek Pnov area of the capital. 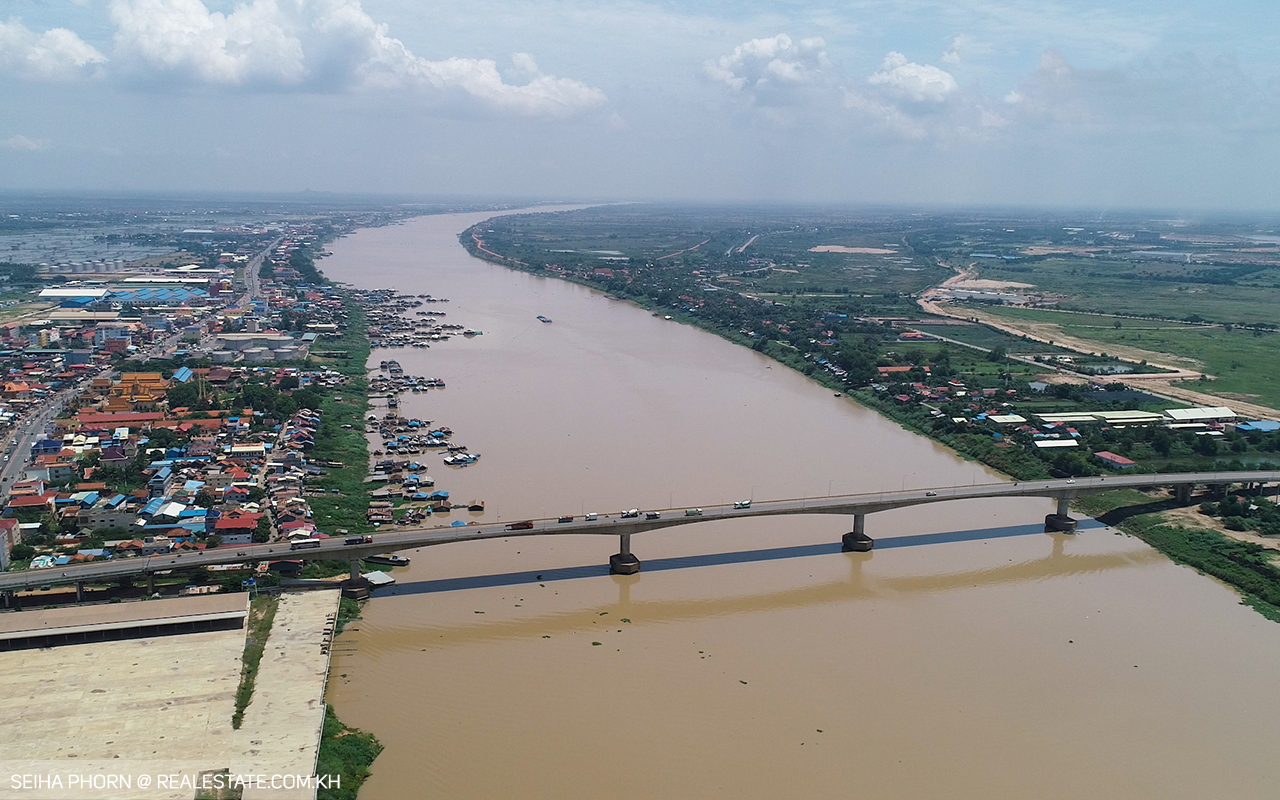 Chroy Changvar: From marshland to boomtown 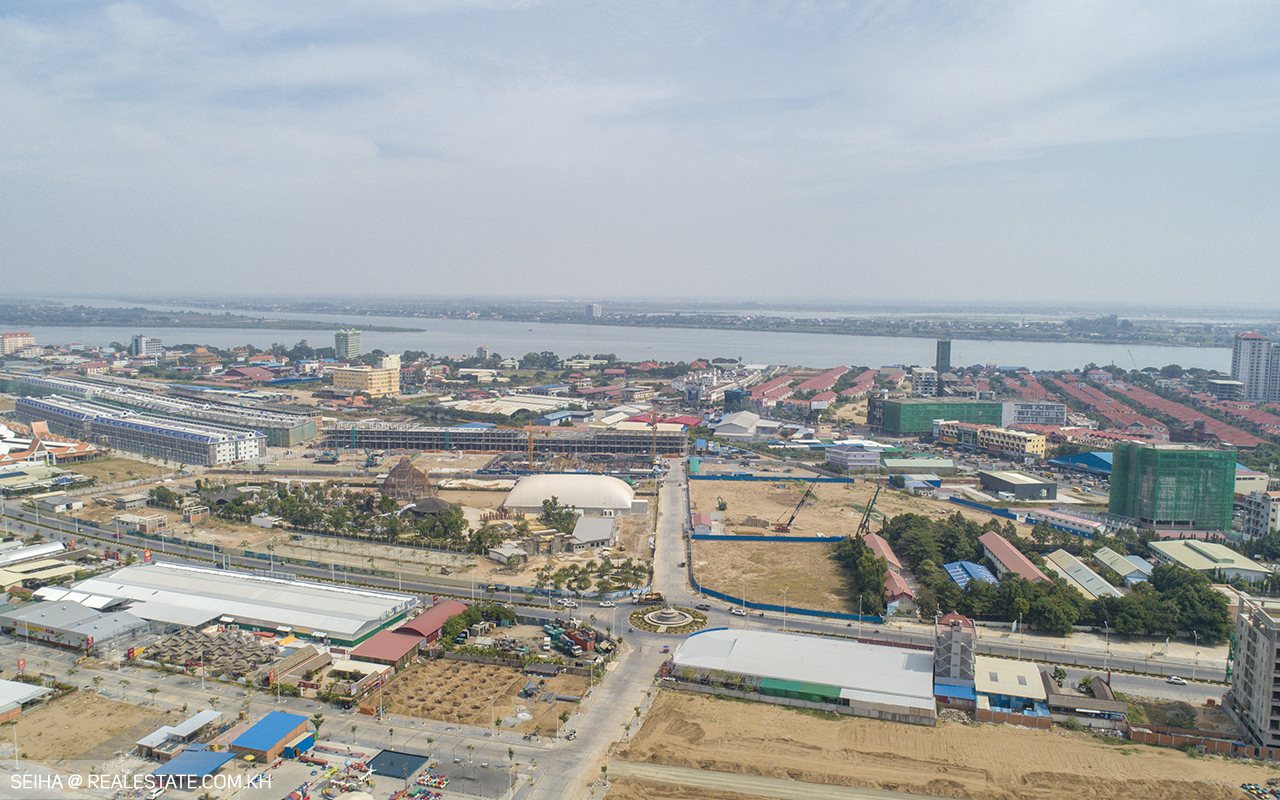 The decade has seen Chroy Changvar turn from marshland into one of the fastest-growing areas of Phnom Penh. Change is being led by hospitality businesses like hotels and restaurants.

The transformation of Chroy Changvar has astounded many. Yim Socheath, Director of CDN Property, said Chroy Changvar is developing faster than any other suburbs in Phnom Penh.

“You have comparatively large and famous investment projects there,” he added.

Getting around Chroy Changvar

The main ways to get around Chroy Changvar are motorbike, tuk tuk and car. Luckily, there isn't nearly as much traffic and congestion as central Phnom Penh. This means that driving is hassle-free. You can easily hail a ride in almost any part of the district.

A bus route to Chroy Changvar (and back) is now available via Line 06. You may refer to the infographic below, courtesy of the tourismcambodia.com. 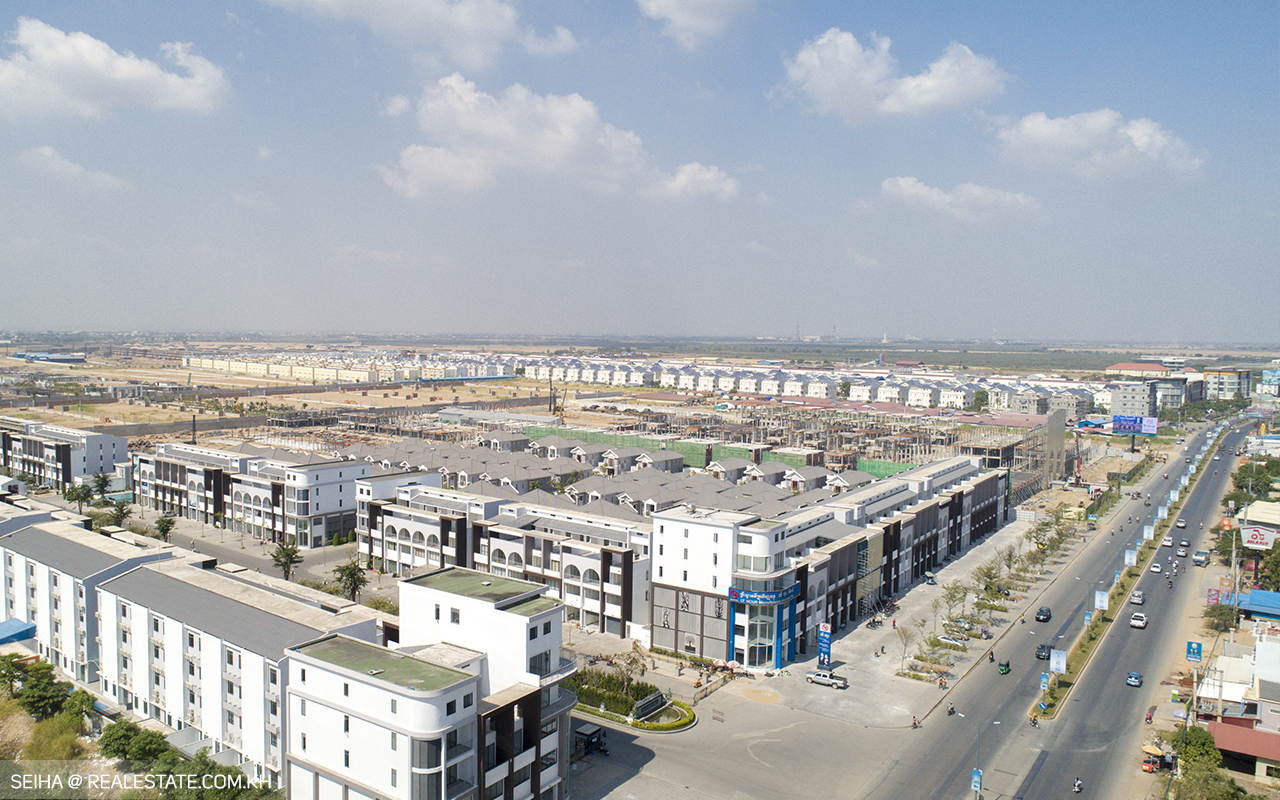 Chroy Changvar is also becoming a hub for borey developments. Borey projects there include Borey the Flora, The Botanic City, and Borey the Mekong Royal. These landed properties are massively popular for low and middle-income Cambodians.

Cheng Mony, a new homeowner who bought a hybrid villa at The Flora's project in Chroy Changvar, said:

"I want to live in this area because it has big roads and no traffic jams. I see several large projects that have started in this area. I think we can expect good growth here."

Chrek Soknim, CEO of Century 21 Mekong, said Chroy Changvar is a good place for residential developments. He added that there are currently more people moving into the area and that housing developments in the area have been very successful.

There are projects courting the high-end of the market as well; La Vista One, The Peninsula, Morgan Enmaison, SH Condo, and Wealth Mansion are a few of the big names in the area. 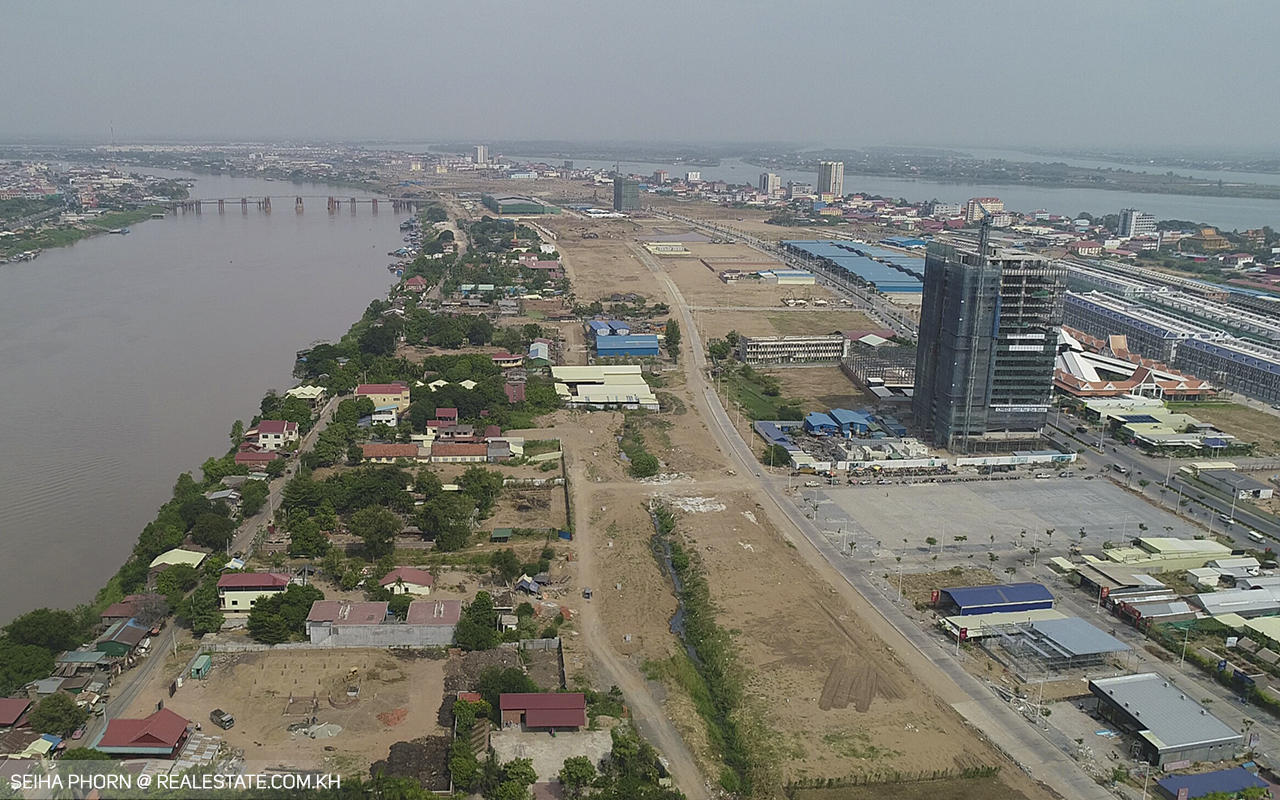 Currently, much of the focus of development in Phnom Penh is focused on outer districts like Sen Sok, Toul Kork and Meanchey. Chroy Changvar falls squarely into that category. Indeed, it’s got a strategic advantage over most areas.

The district has large parcels of undeveloped land. Much of it is far cheaper than in other parts of the city. It still has good access to the centre of the city too, and the two rivers mean it has an eco-friendly feel.

In early 2019, Jiayuan International Group, a major Chinese property developer, purchased five plots of land in Chroy Changvar for $35 million. The land is planned for use in residential and commercial projects.

Koh Dach, or Silk Island, has the cheapest land in Chroy Changvar. Along main roads expect to pay between $90 and $300 per square metre, or between $20 and $100 off minor roads.

For rent or sale 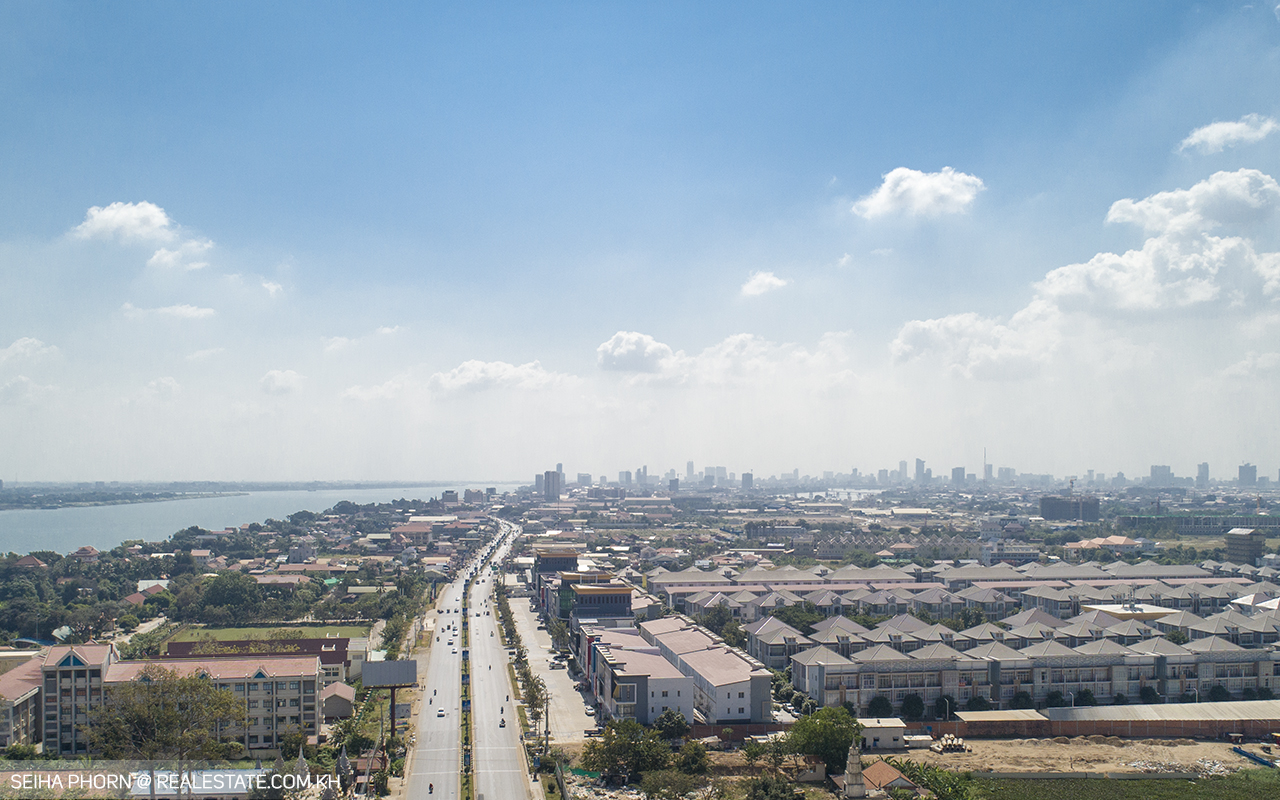 As demand for more diverse types of properties increases, more condos, apartments, villas and shophouses for sale in Chroy Changvar are popping up on the peninsula.

A typical fully-furnished condo unit in Chroy Changvar sells for $68,000 to $238,000. The usual rental price for such property is between $1,000 and $1,500 per month, depending on the number of rooms and available amenities.

Chroy Changvar attractions worth a visit

Chroy Changvar has more than a few tourist attractions, including Cambodia’s largest wildlife park. Here’s a few of them: 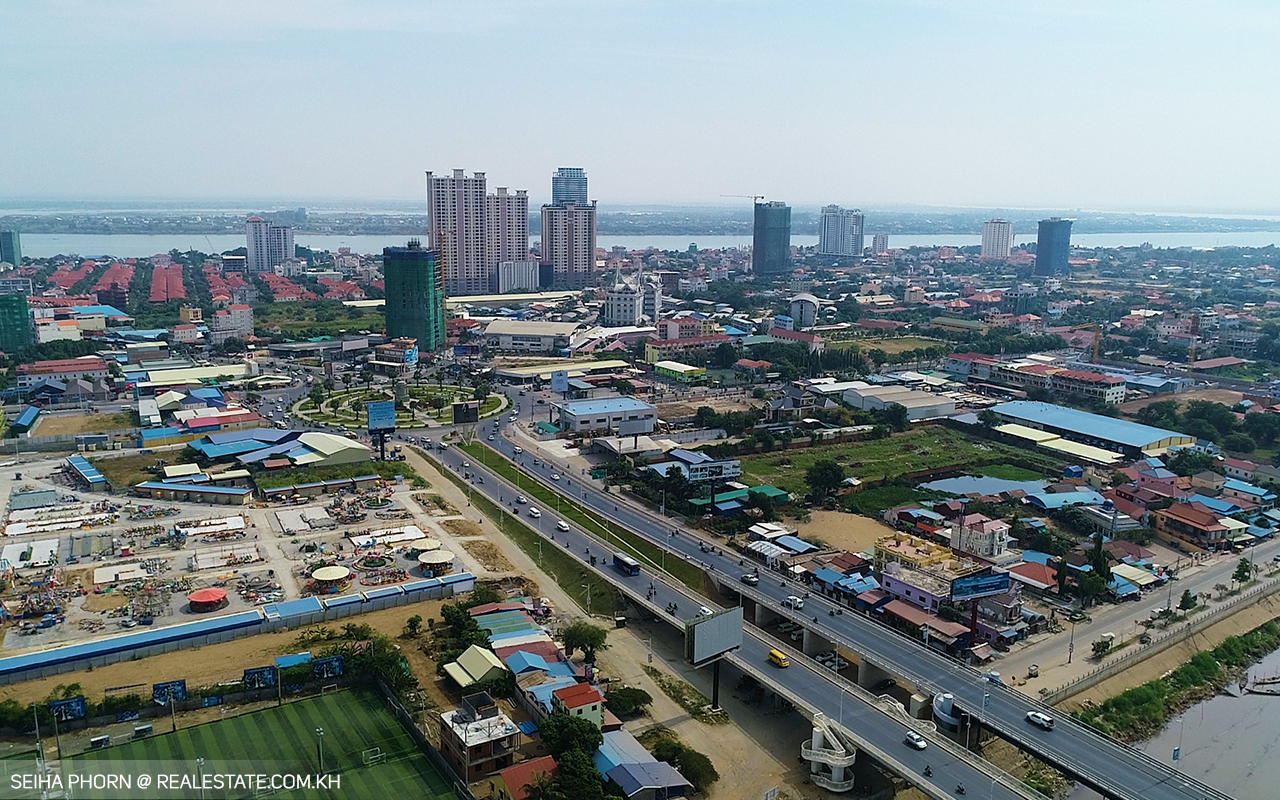 Also known as the Cambodian-Japanese Friendship Bridge, this is the most well-known landmark in Chroy Changvar. The bridge, which spans the Mekong River, was originally built with Japanese aid in the early 1960s. Mined and partially destroyed by the Khmer Rouge during the Cambodian Civil War, the bridge remained closed for more than two decades until it was repaired and put back into operation in the 1990s. One of the newest tourist attractions in Phnom Penh, the memorial commemorates Cambodia’s struggles and the successes gained after the overthrow of the Khmer Rouge in 1979. Prime Minister Hun Sen described it as a symbol of independence, unity, national reconciliation, and development. The main feature of the memorial is a 54-metre high monument. Spread over 8 hectares, the memorial also includes a picture gallery, movie theatre, fountains, and a library. 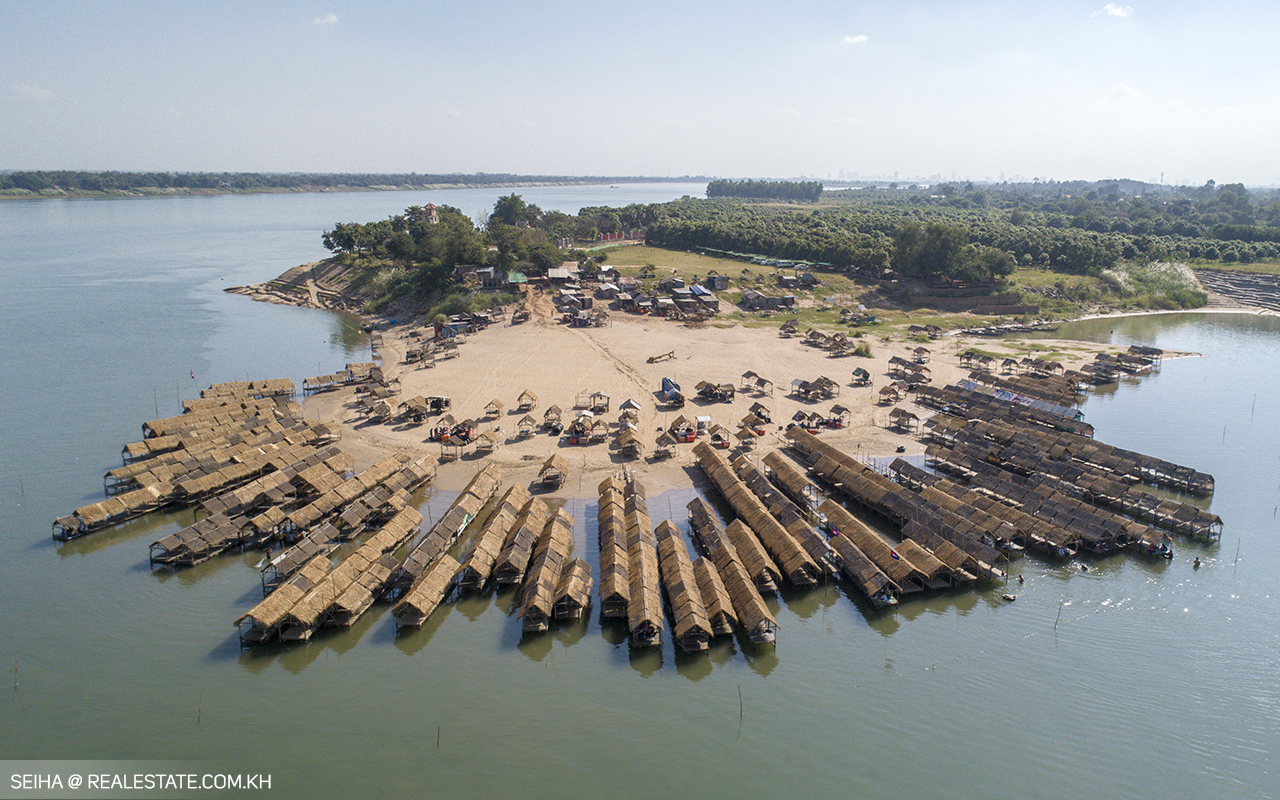 Koh Dach is among the most popular tourist destinations in Phnom Penh. This beautiful island on the Mekong River is noted for its silk production and weaving industry. Mostly secluded, the island is popular with locals and foreigners seeking peace and solitude. It is also a good place to buy silk products, wood carvings, pottery, and other handicrafts. 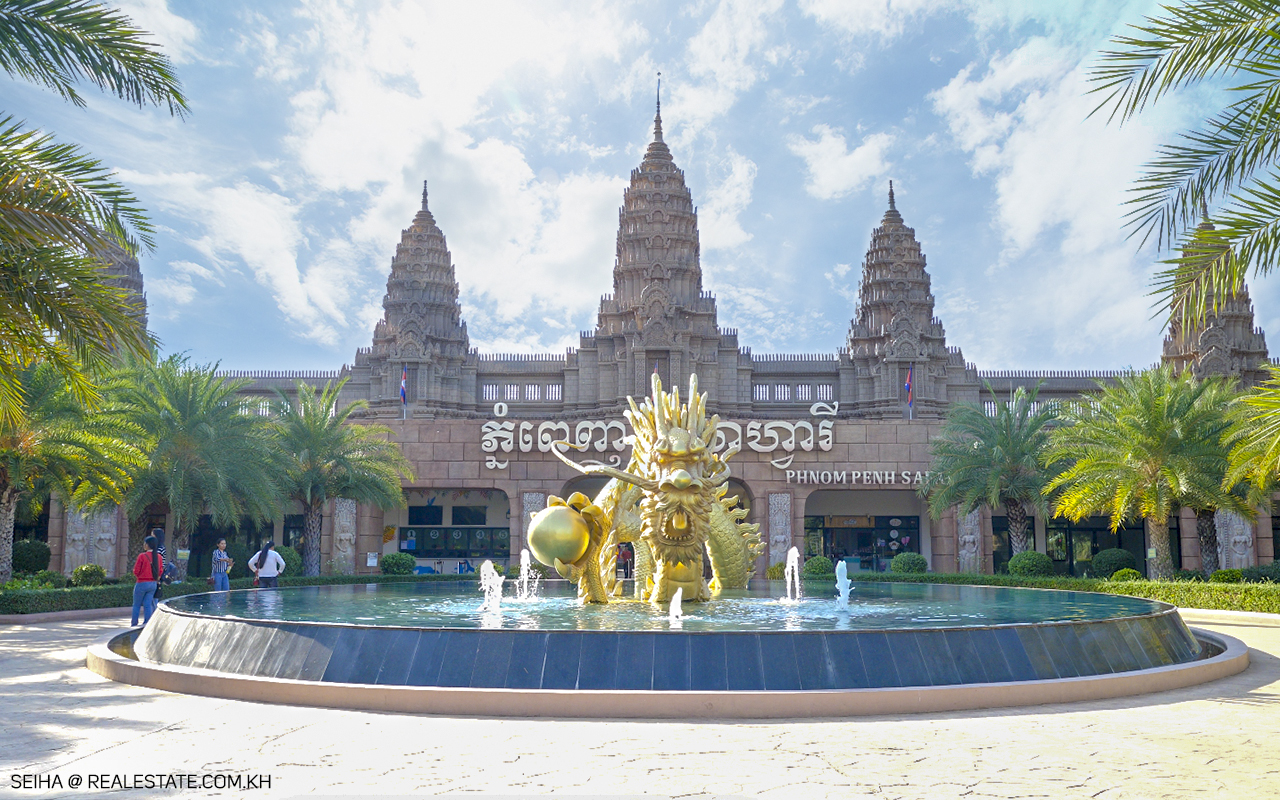 The largest zoo in Cambodia, the Safari World Phnom Penh, houses more than 800 animals including deer, a tiger, a giraffe and kangaroo. It also features daily animal shows that are popular with many visitors, especially children. The $9 million zoo was previously located in Koh Kong province before moving to Phnom Penh. 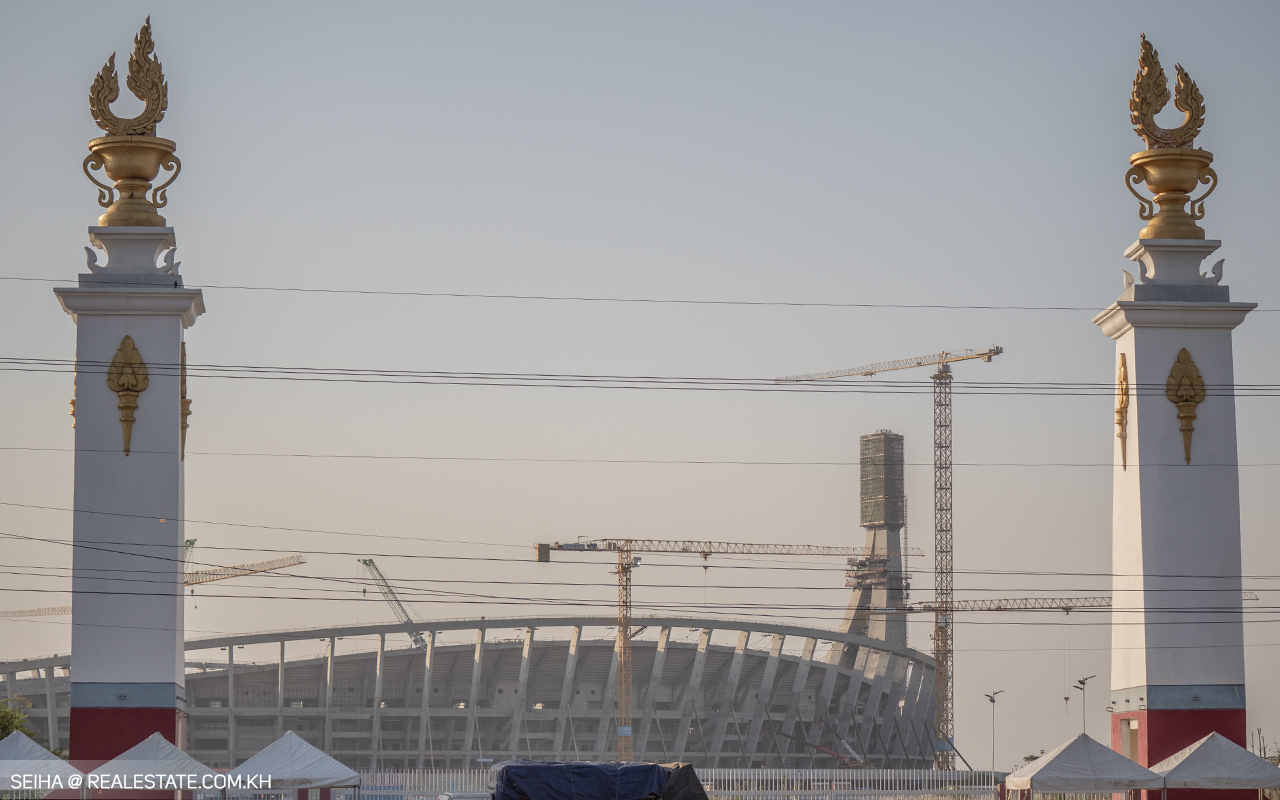 Set for completion in 2020 is the Morodok Techo National Stadium. The 60,000-seat venue has a price tag of $200 million and will host the 2023 Southeast Asian Games. It is being built with Chinese assistance.

Chroy Changvar is also where you can find Cambodia’s first-ever dinosaur park. The park, which was built by the Overseas Cambodia Investment Corporation (OCIC) to the tune of $2 million back in 2018, is open to the public from 9:00 am to 20:00.

Options are blossoming for shopping in Chroy Changvar 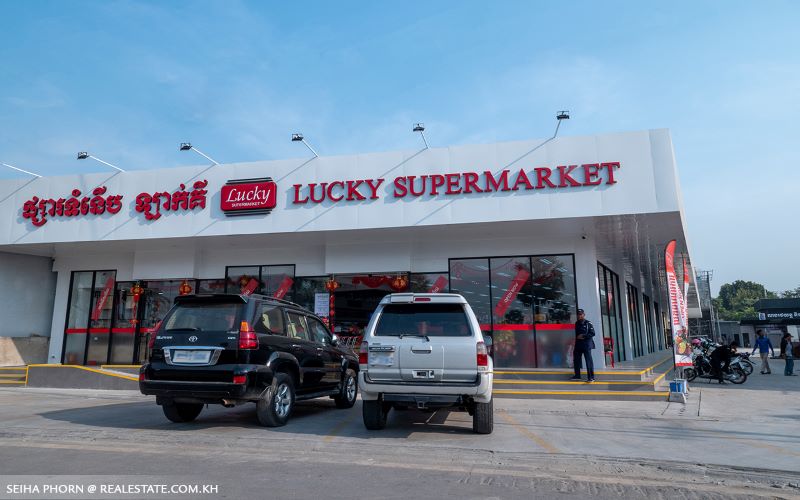 Chroy Changvar has just a few markets, but many think more will be added as international investment there grows. Among the most prominent of them are Vathanak Super Market, JR Mart, Point One Commercial Center, and Phsar Preak Leap. These have a good selection of wet and dry goods. 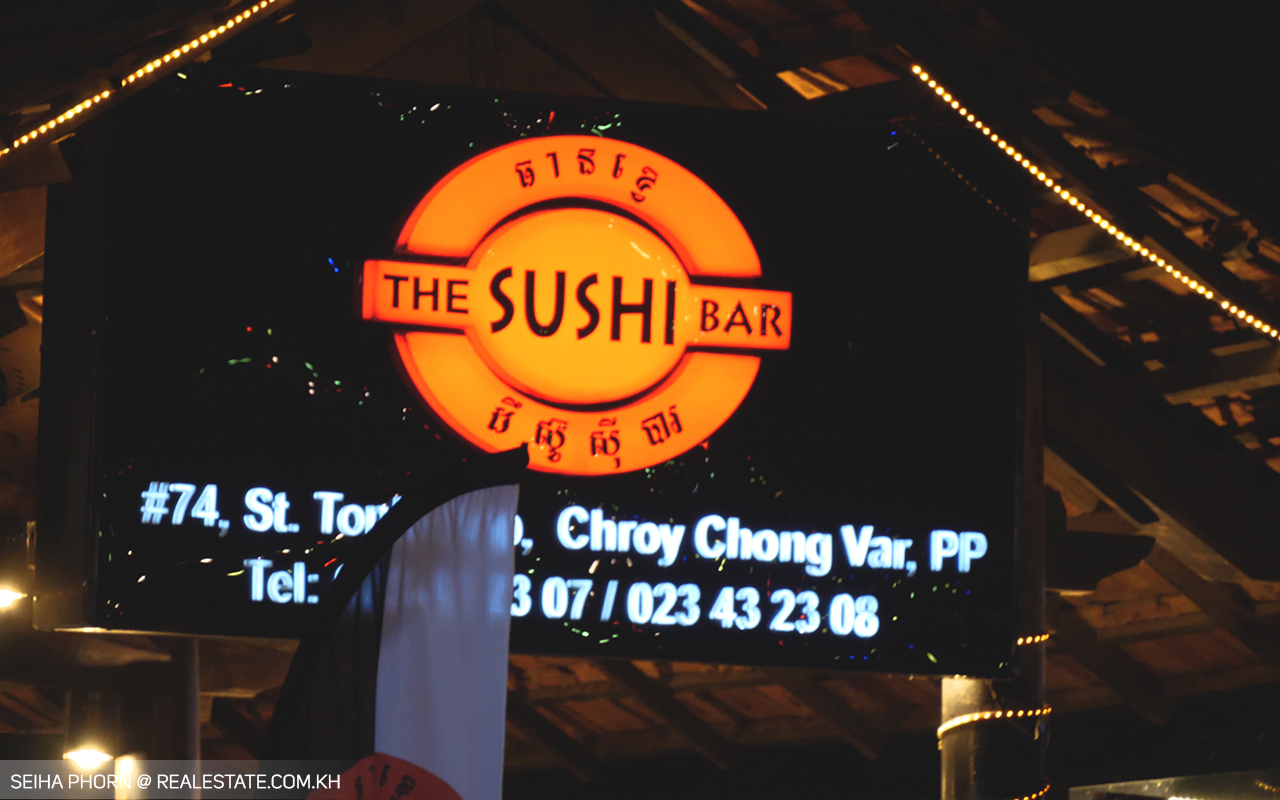 Chroy Changvar was never really known for its food. But that has changed recently. There are tons of restaurants right along the riverside near Sokha Hotel.

Yet most notably is Food Palace, the biggest street food centre in Cambodia. It’s inside the Chroy Changvar Satellite City and hosts over 200 food stalls. They serve up Khmer, Japanese, Korean, Thai, Vietnamese and Western food. 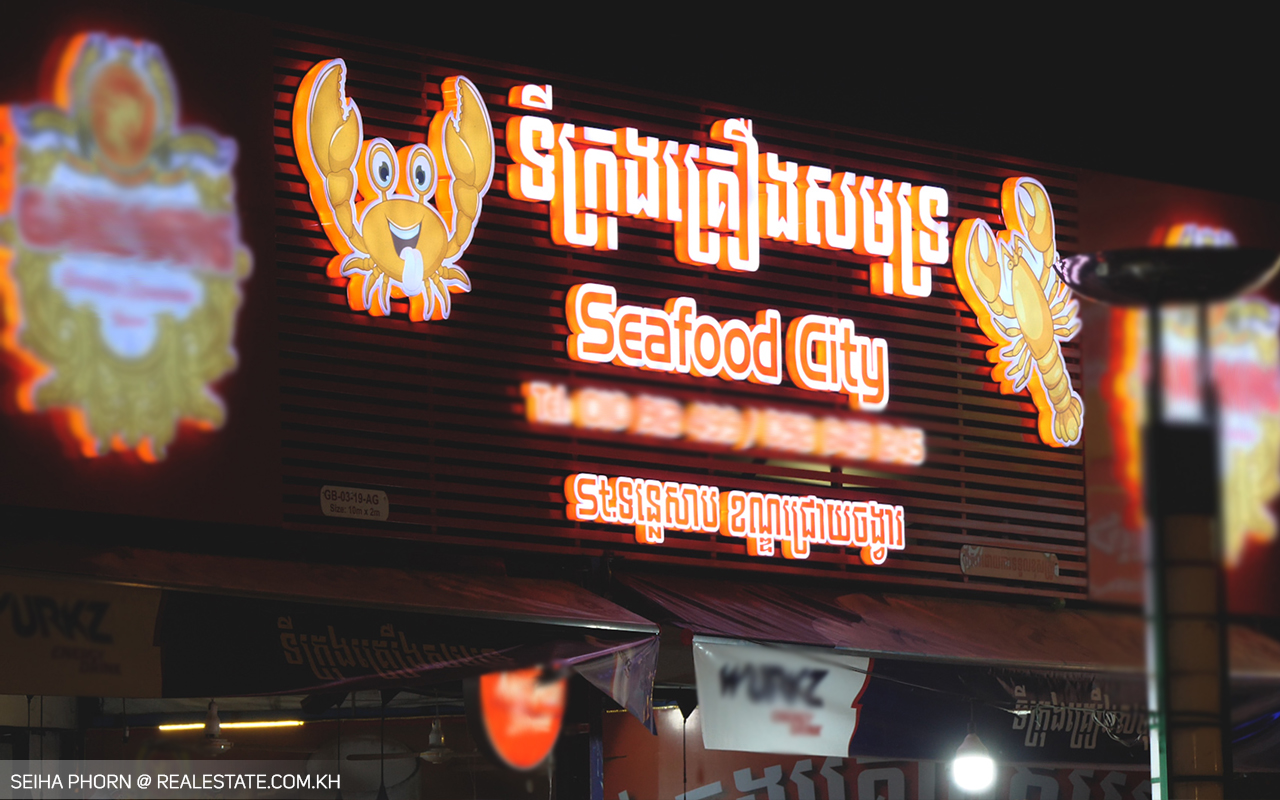 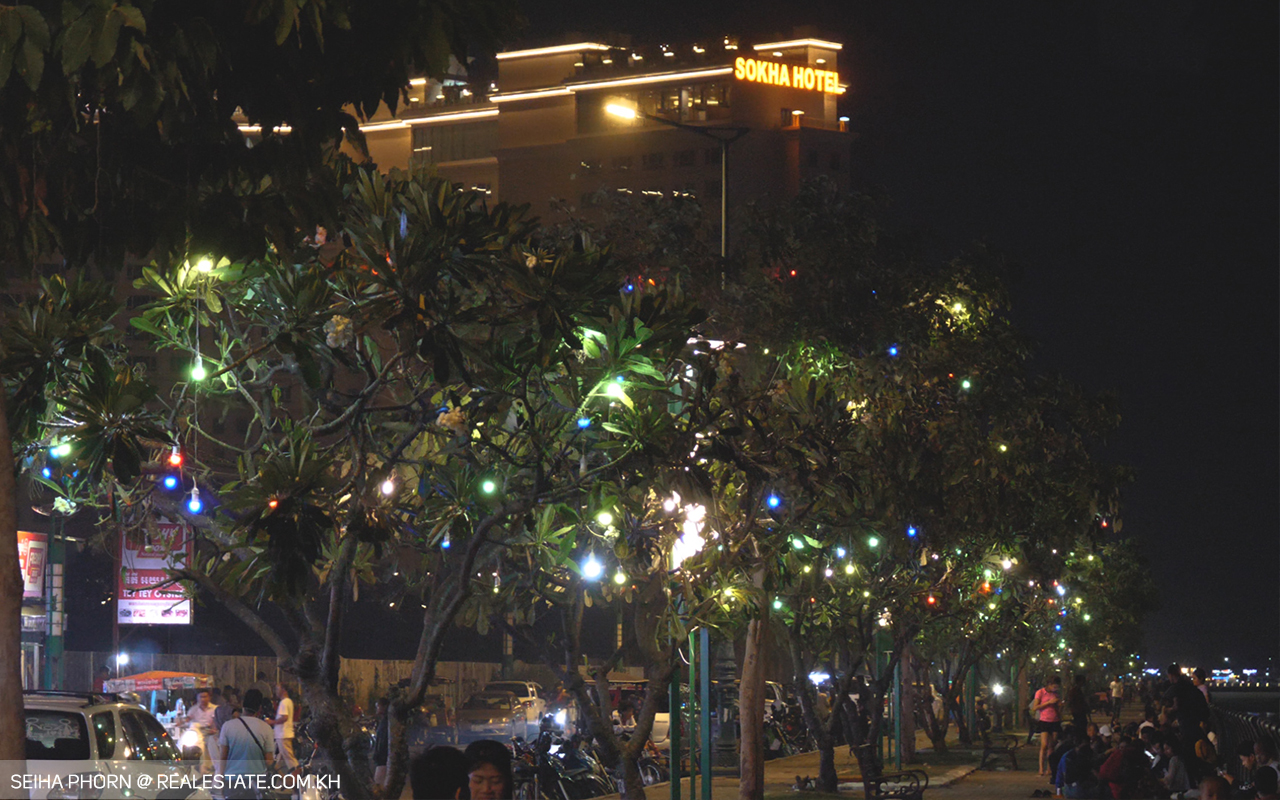 The nightlife in Chroy Changvar is less lively than places closer to the centre. The most famous names in the district’s nightlife scene include Dream World KTV, Bokor Lounge & Bar, and Spean Meas Karaoke.  These mostly cater to the local population.

The best is yet to come for Chroy Changvar 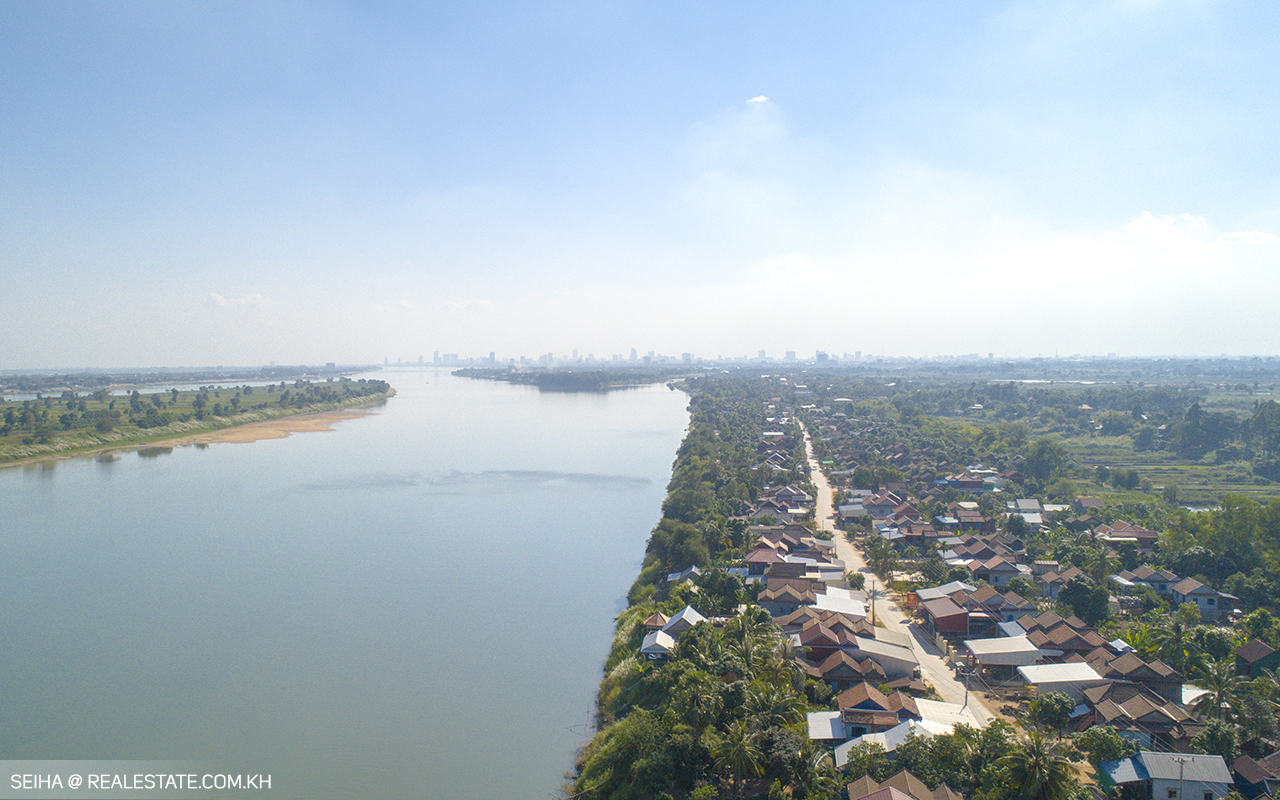 Chroy Changvar undoubtedly has what it takes to become an economic powerhouse. Packed with potential, Chroy Changvar is headed and pushing itself in the right direction.

And with it hosting Southeast Asia’s biggest sporting event, it is just a matter of time that Chroy Changvar will join the list of Phnom Penh’s most progressive districts. 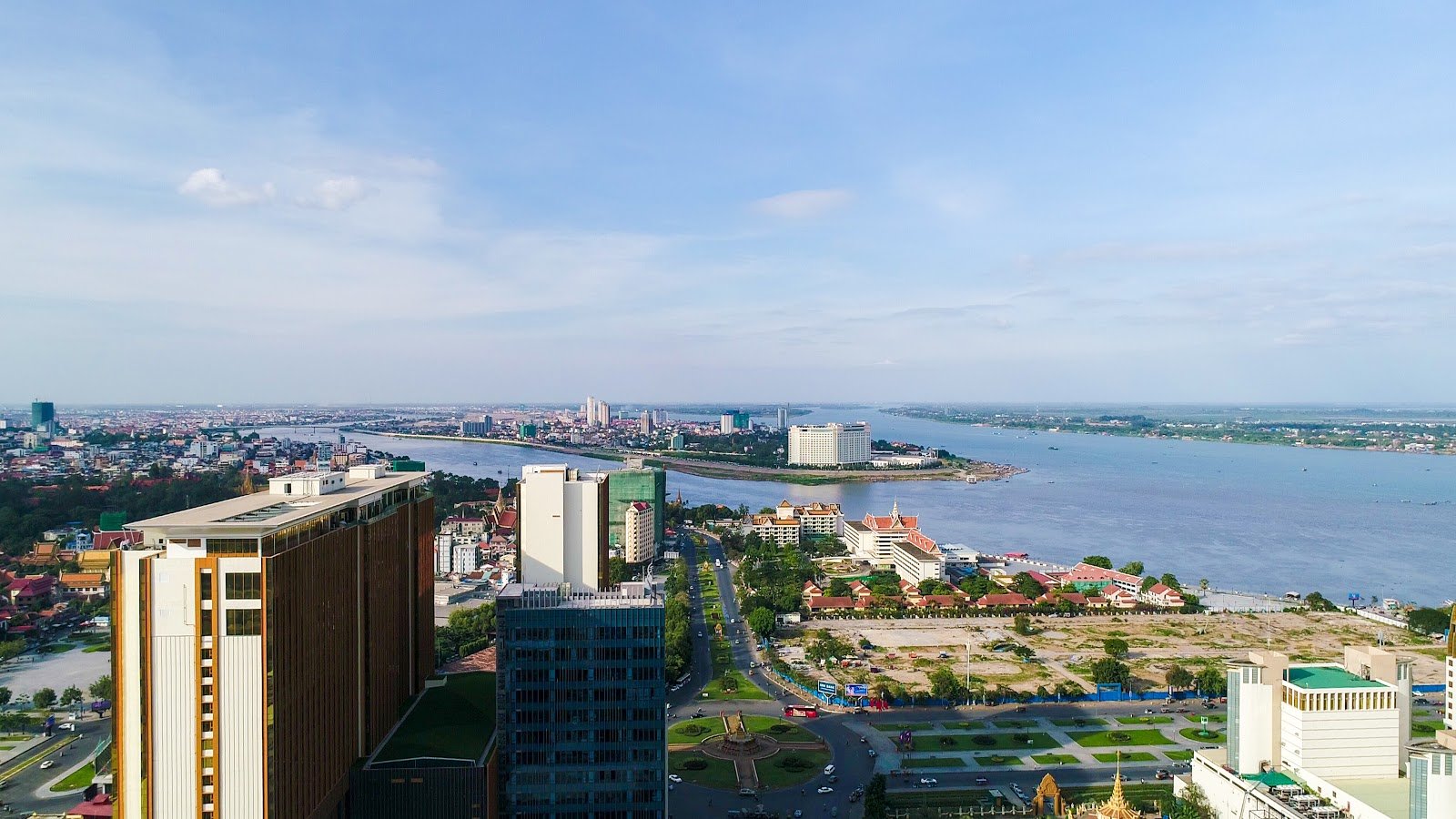 The ultimate guide to Phnom Penh 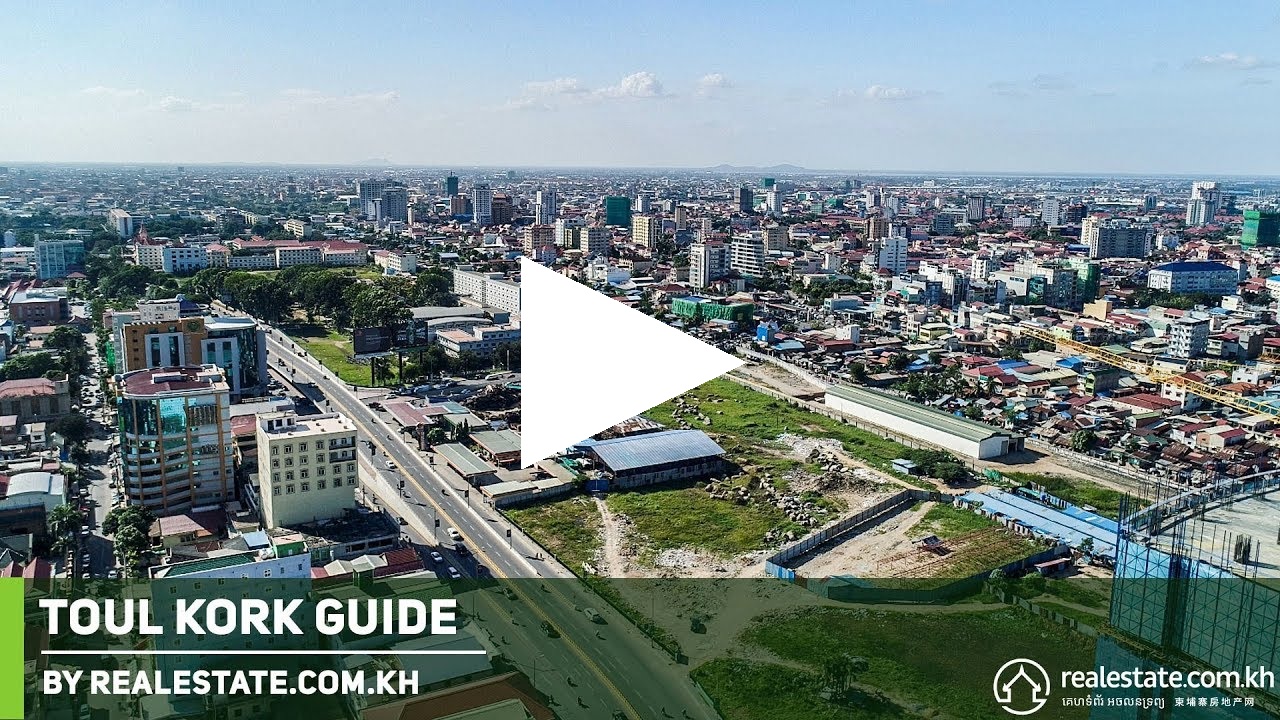 The ultimate guide to Toul Kork

Toul Kork district is quickly becoming an extension of the capital’s Central Business District. Of… The ultimate guide to Kampong Cham

Located on the banks of the Mekong River, Kampong Cham is most well-known as the home of Cambodia’…