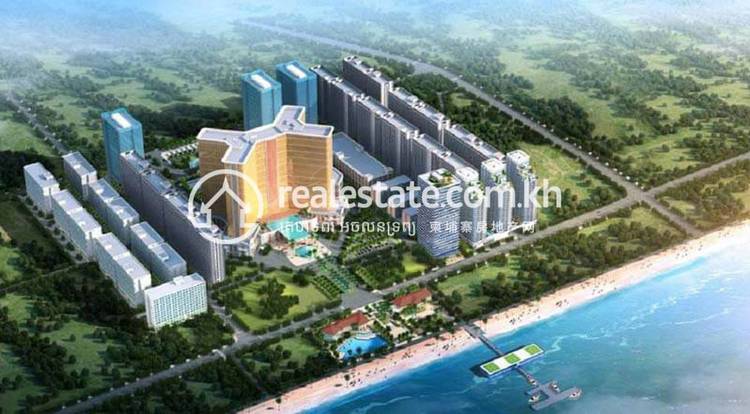 Cheerful Bay, located in the harbour city of Sihanoukville, will be the area&rsquo;s foremost integrated hotel development.

Luckily, the project is highly regarded by the Preah Sihanouk provincial government and Cambodian Prime Minister Hun Sen. Holding a gaming industry licence from the authorities of Cambodia, the developer of Cheerful Bay is set to operate the Haoli Entertainment Grand Centre, a compound which will be one of the largest complexes of its kind in the region. Spanning 470,000 sqm and offering gaming, hotel amenities, leisure activities, catering and other businesses, the structure also offers an exclusive seaside helipad, the only one in Sihanoukville.

Emulating the Venetian Macao, Cheerful Bay has already attracted the attention of many gaming operators and tourists worldwide. The Cheerful Bay will have 17 branded hotels on the premises including Sweetome and Wyndham. It has both commercial spaces and high-end apartments. Through these, investors can bring in high returns or have the perfect overseas home. After tax, an annual rate of return could be up to 6 percent. This stands in contrast to the average of 2 percent in first and second-tier cities of China.

Just 20 metres off the waterfront, sitting on the famous Otres Beach, Cheerful Bay covers a site area of ​​nearly 40,000 square metres. The complex of hotels and apartments consists of eight buildings, which all host unobstructed sea views. Block H has three 29-storey buildings, while Block G has five 20-storey buildings. There will be a total of 3,683 fully decorated and furnished holiday apartments, in sizes ranging from ​​52 to 300 square metres. Handover is expected in June of 2021.

Cheerful Bay represents a rare moment in the trajectory of Sihanoukville. As a top-notch entertainment complex of ​​over two million square metres, it stands in a class of its own. With a simple down payment, you will own a classic hotel-home condominium in Sihanoukville, uniquely surrounded by star-standard hotels. Managed and consulted by the Suncity Group, Cheerful Bay will become an international entertainment legend, with a footprint that spans many commercial functions. Cheerful Bay will become the centre of Cambodia&rsquo;s new coastal metropolis.