The upcoming 19th Asean Valuers Association (AVA) Congress meeting will be held from May 4 to 7 in Phnom Penh at the Sofitel Hotel. Realestate.com.kh is proud to be the OFFICIAL PROPERTY PORTAL sponsor of this years Asean Valuers Association Congress.  This will be the first AVA congress to be hosted in Cambodia, as the delegates of the eight ASEAN member countries, and representatives from Laos and Myanmar as observation countries, have been invited to the Kingdom by the new president of the AVA, Kim Heang. Heang is also the president of the Cambodian Valuers and Estate Agents Association (CVEA). All Asean Valuers Association members shall come together to confer on matters regarding real estate and valuation regulations, standards and techniques adopted in the profession. The theme of this year’s congress shall be “One ASEAN, One Valuation Standard.” “The AVA will build a stronger, clear and transparent relationship with the government to make sure that we will become the leading center in future ASEAN,” said Kim Heang. AVA was established in 1981 with five founding members: Indonesia, Malaysia, Philippines, Singapore, and Thailand. AVA has expanded its membership to include Brunei in 1990, Vietnam in 1997 and Cambodia in 2009. Laos and Myanmar, the last two ASEAN countries yet to have been brought into the fold, are not officially members yet as they have no formal valuation profession in their countries. For this year’s congress, Laos and Myanmar retain an observer status in AVA. 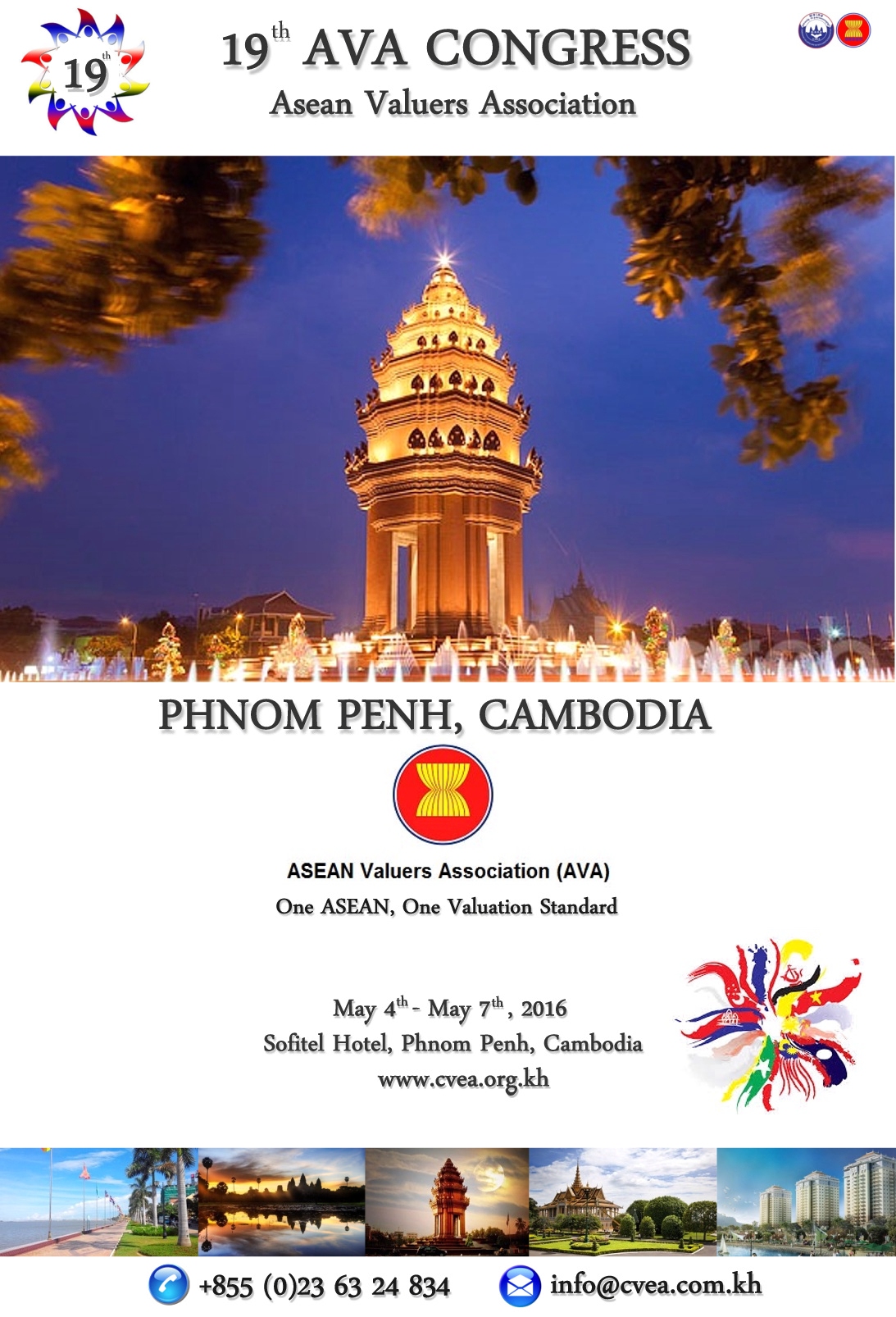