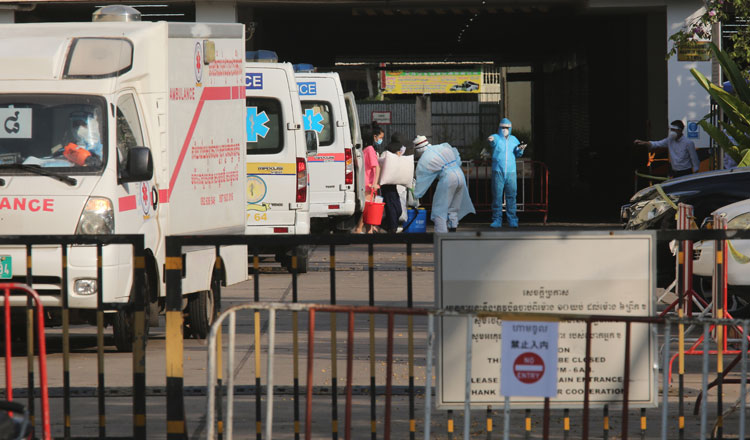 The COVID-19 cases in Cambodia continue to rise stemming from the February 20 Community Incident. As of writing, the country has recorded 819 cases associated with the recent community infection, bringing the total confirmed cases to over 1,300. This new round of infections is causing another market scare keeping most consumers indoors.

While previous community incidents such as the November 28 incident and the diplomatic visit did cause disruptions, the recent February 20 community incident is, by far, the most extensive transmission event in the Kingdom’s struggle with COVID-19.

Google’s Mobile Tracker suggests that the number of users staying at home - marked at 15% above baseline - since February 20 is comparable to the number of people staying at home over the weeks following the November 28 incident. The difference between the two, however, is the extent of transmission from each event.

The November 28 incident was followed by mostly single-digit cases daily (adding 41 cases) until it was brought under control by authorities around a month after. On the other hand, the February 20 incident has consistently been followed by double-digit cases daily, causing confirmed causes to balloon from 484 to over 1,300 in a span of 4 weeks. As of posting, authorities are still conducting mass tracing of newly discovered cases.

The incident is a reminder that any projection of recovery is dangerously susceptible to new mass transmissions and the difference in severity between the two is understandably causing the market to slow for a relatively much longer time.

Realestate.com.kh, the leading real estate classifieds portal in Cambodia, reports that 77% of property buyers surveyed said online channels like Realestate.com.kh, Facebook, and Google have helped them the most in looking for properties during COVID-19.

The information comes from the popular real estate website’s data collection for the annual Cambodia Real Estate Survey initially launched on February 19. Realestate.com.kh notes that the 2,000-respondent survey should give readers the general sentiment of Cambodian property seekers and may serve as a market gauge for property sellers and buyers alike.

“Cambodia’s February 20 Community outbreak is unexpected to both property seekers and developers,” said Shengwei Zhao, COO of FazWaz Cambodia. “From my observation, most local buyers take this seriously as they canceled their scheduled showroom visits and face-to-face consultations. They put off their plans to invest in properties until the situation is under control”.

Cambodia’s property developers have learned their lesson from previous incidents. Shengwei shares that “I think developers are more or less used to the situation already. As a response to the February 20 incident, some developers have temporarily closed their showroom, let their staff work from home for their safety, and accelerated their online marketing efforts”.

This disruption, however, still presents an opportunity for the keenest buyers. “Some investors have been looking for under-market-price deals since last year. If they see a project that meets their expectation, they still choose to make that purchase. After all, the strategy is to "buy low and sell high" once the market bounces back” said Shengwei.

Despite reservations from most developers and buyers to resume market activity, there is still a significant portion of property buyers looking for good deals on the market. Around 68% of respondents indicated that they think it is a better time to buy a property. Though when asked about the timeframe in which they would make their purchase, most respondents indicated they would be looking to buy between 6 to 12 months from now.