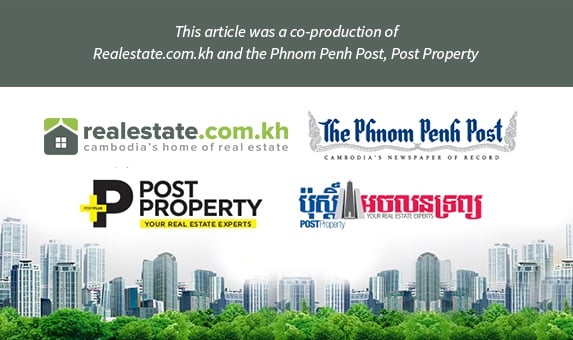 Kim Heang, owner and director of Khmer Real Estate became president of the CVEA (Cambodian Valuers and Estate Agent Association) a month ago, scoring 18 of 49 votes.

Announcing the time for talking was over and it was time to act he has stirred up the CVEA. He pushed through votes on service fees that some members complained about and two vice presidents resigned around his inauguration. They have been replaced by Kim’s private sector competitors. Each of them has a specific target sector to win over for CVEA, namely condos, boreys, embassies and banks. Kim claims the entire voter base of 49 is behind him instead of having cliques that block each other. A CVEA founding member, he is determined to evoke change and ‘bring CVEA onto its next level of professionalism’. Post Property met Kim to follow up on his promises of unity and education, his difficult inheritance and his vision for Cambodia’s real estate market of the future.

With your predecessor Sok Bun being in jail due to a scandal of a violent outburst do you feel that you are accepting a difficult inheritance? How has the association suffered from this blow and what are you going to do to make it better?

Some people say he became the president at the wrong time, and some people just see the damage to the reputation caused by him. We have to accept that he has done positive things too; at least he supported CVEA with $50,000. We still have some money from him. Maybe he does not have a good relationship with the local media, but all media are my friends. If he didn’t have to leave office I could not have become president. Now the members may think it’s good to have a president who is not rich or an Oknha.

What are your goals for the presidency?

I will be president for one year and two months, so I know if I want CVEA to run smoothly, it needs money. Without money, you cannot do anything in Cambodia. After checking with my accountant, I found out that every year we need around $25,000 to $30,000 for operation. So my first priority is to get funds for CVEA. As CVEA is a non-profit organisation, we will die without sponsors. But we have been around since 2008 and real estate organisations want to be a part of us. We have talked to some developers and they are happy to fund us. My second priority is to build a united team. As president, I have the right to select the vice presidents to support me. Instead of choosing my friends to sit for the vice presidents, I asked my competitors in the election campaign to be my vice presidents. I got 18 votes out of 49 votes in the election. If I asked my friends to become the vice presidents, there would be a problem for CVEA. As my competitors have their own supporters, if I ask them to become my vice president, their supporters will also come to me. Now I can get all the supporters and we are united. Then we have to do some promotion and bring our members to our business partners. Under the lead of our vice presidents, our members have met all the foreign embassies, talked to some bank directors and visited many condominium and borey projects. This is especially important to small companies as they do not have many of these opportunities.

How are you going to improve the position of smaller real estate companies as you promised when you went into office?

Banks are willing to talk to some large real estate companies, but banks do not know who the small company is. That happens a lot, in property. Five companies account for 70 per cent of the market. Members of CVEA, no matter which company they are from, can get one month of commission. Others only offer half month’s commission to small companies. For small companies, if they are alone, they cannot get access to finance. But as a CVEA member, they can. Small companies have limited knowledge, a disadvantage. There is a need to educate the people.

How are you going to tackle your pledge to develop a training centre? What are the standards you aim for?

Some members suggest that CVEA provides training and does the training for profit. However, we already have some members working on this. If CVEA does the same that means CVEA is competing with its members. CVEA does not need profits, so we let our members provide the training. If these companies need our support to provide training, we are happy to do so. But we have to see what the curriculum is about and who the teachers are as what I have told to those companies who want to cooperate with us. However, until now no one has sent me the details or curriculum of their training but we will give them some time first and wait until the end of this year. Otherwise CVEA will do the trainings by finding partners from Singapore and Malaysia. Only for the moment we should provide those regional real estate training standards, but in three to five years, CVEA needs to have international standards like from the UK or USA.

How can you achieve this long-term goal when you are only president for one year and two months?

Real estate schools are mainly there to recruit new, qualified agents – will you have a ‘war for talents’ among CVEA members?

Would people in CVEA’s top positions not channel the best graduates into their own companies? My way is not pushing or stopping anyone. After all it’s a free economy and money goes first and companies have limited capacities to hire new agents. I don’t see an issue there.

How do you define “value and fame”that you promised bringing to the CVEA?

Our members are cheating on each other more than cooperating, so we have to work as a team. They are not cheating on the money but on the services. Sometimes some real estate agents just pretend to be a booker and go with other agents in order to add the other agent’s property to their portfolio. This confuses the real estate industry as people cannot tell who the booker is and who the real estate agent is. So we have introduced a consultation fee to stop agents who pretend to be bookers. If someone wants to see a property, we will charge locals $5 and foreigners $10 per booking. It is a kind of internal regulation. I know not all people are going to follow, but as long as about 20 to 30 per cent of them do then people will start from now on as they need time to adopt the new strategy. This can also help screen out the fake clients as they will not pay the fee.

What will be your focus of the AVA (ASEAN Valuers Association) congress in June next year?

For the congress, we are supposed to have five countries from ASEAN to join. But some of our members worry that we do not have money or human resources, or that we do not know how to organise it. However, I have 10 years experience in teaching at university and I have travelled a lot. I have done real estate business for 10 years and joined a lot of congresses and events. So I know how to do it. By doing so, our country can gain a lot of international media coverage. We hope to promote not only real estate and construction but also tourism and our country to the world.

Please give me some details about your cooperation with the government? How do you work together? You mentioned ‘transparency’ in an earlier interview.

CVEA was founded in 2008 and it was under the Ministry of Finance until last year, but still officials want to control you. I was the one to say CVEA must separate from the ministry even before I became the president. When under the ministry, decisions were made so slowly. Time is money but officials did not care. Now we can work 10 times faster than before. Besides, there is no boss in the meeting. All members, whether you are a big or small company, are equal and have only one vote, and they have the same opportunity in meeting our business partners.

I’ve already gained the trust of them. I got my competitors to be my vice presidents and those three may become the next presidents. So they have to compete; they compete with each other but not with me. I came alone and I didn’t bring my people, so they trust me. I work for CVEA, but not for my own company or for the public. Many people in the CVEA worried when I became the president as they were afraid I will get my people in to take over. But all the staff I just kept the same. I said you stay where you are and I give you a five per cent increase in salary. There are four people – three the same as before and one new as there is more work. I am not coming here to sleep; I do a lot of work. Julius Thiemann: Phnom Penh Post, Post Property 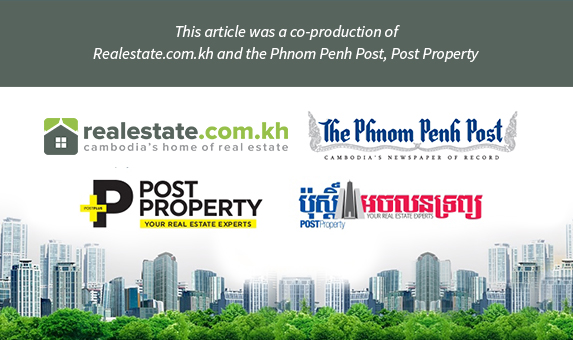