Industry Insights: Impact of the lockdown on the Cambodian economy & opportunities in the Real Estate Market today, with Anthony Galliano

Much of the Cambodian economy remains at a standstill as stricter quarantine measures are warranted to curb its spread. The Cambodian government has extended the lockdown of the capital city for another week and new zoning restrictions were implemented to halt its spread to other parts of the city. While these new measures appear to be means of allowing lower-risk areas to continue economic activity, it does beg the question: What about the rest of the Cambodian economy?

The tourism sector has been the hardest hit since the global outbreak of COVID-19. The Ministry of Tourism’s report indicated that tourist numbers dropped by 80% in 2020, with only half of the first quarter of that year seeing arrivals comparable to previous years.

“Tourism and hospitality are not in the best position at the moment,” said Anthony. “There was hope at the tail-end of 2020 but that the February 20 incident upset that”. Travel restrictions, from both ends of the flight, prevent most would-be tourists from coming to Cambodia. Anthony added that travel restrictions have stymied the growing tourism industry and the hospitality sector as a result. 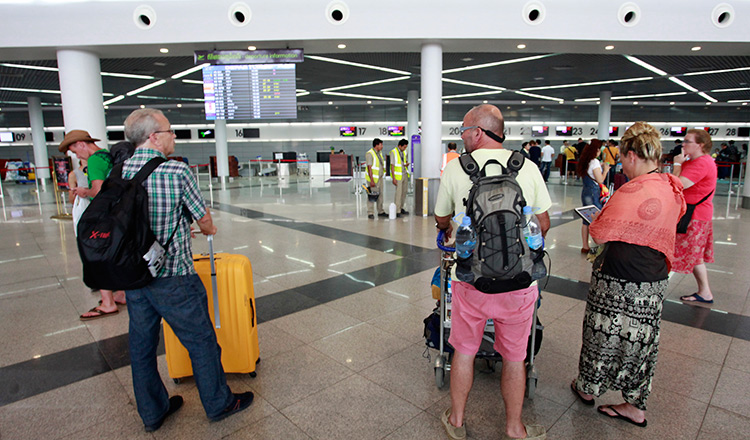 Tourist numbers have steeply declined over 2020 with continuing travel restrictions. Photo by the Khmer Times.

Anthony noted that some form of international travel is returning like in China, Europe, and the United States but travel between South East Asian countries remains largely limited. “The gross revenue from tourism has been reduced to just over a billion dollars in 2020, a steep decline from the 4.9 billion we saw prior to COVID-19,” Anthony observed. He added that what activity tourism and hospitality saw in 2020 was frontloaded in Q1 before global tourism was put to a halt and that 2021 may be a more challenging year.

The garment and textiles sector, which contributes 16% of GDP has done relatively well throughout the past year COVID-19 has been present in Cambodia largely due to healthy exports overseas, particularly those heading for the United States. The recent findings of positive cases in garment factories around Phnom Penh, however, have resulted in factories suspending operations and the sector is now facing problems of its own.

The government recently announced that garment workers in factories under lockdown will receive a 50% salary in April. Anthony mentioned that this may affect the supply chain and put manufacturers in a position of struggling to meet orders. “This puts the sectors at risk of some orders being diverted to other production facilities like in Vietnam, Bangladesh, and Indonesia'' he said. Farmers find it difficult to transport goods during the lockdown. Photo from the Khmer Times.

The agricultural sector is another big contributor to Cambodia’s economy employing a third of the workforce. Cambodia’s primary exports of rice, fruits, and vegetables have been integral in its export portfolio. However, Anthony observes a trend towards “self-consumption” instead of production on a large scale.

“It’s an unfortunate trend as there’s a lot of small-scale farming. The country’s agricultural sector has held much promise in large-scale production that has not been realized yet” said Anthony. He says that one of the biggest problems of the sector is the low amount of foreign direct investment it receives compared to other industries in Cambodia despite consistent support from the public sector.

“One of the things that could help is the Free-Trade Agreement with China,” said Anthony. He mentioned that part of the FTA is the exports of Cambodian agricultural products to China. The arrangement is already bearing fruit with a large shipment of mangoes worth $470 million. Anthony cites this as a momentum to increase agricultural production and exports despite COVID-19.

In terms of real estate, Anthony noted that land properties remain an extraordinarily resilient market. “The land market is almost always on the uptrend and I’ve never met anyone who said they bought land and lost money on it,” he said. Owning land property remains a largely exclusive right to Cambodian citizens and has been a source of a boon for many landowners selling or leasing land in the wake of the Kingdom’s fast-paced development.

On the other hand, new developments such as condominiums have seen some downward pressure following the community outbreak. “Volume of transactions are down by 15% to 20% in the condo market and we’ve seen prices go down by 20% to 30%,” said Anthony, “There are even some offering up to 40% discounts which shows a short-term slowdown in the market”.

Anthony shares the observation much of the condominium market has been focused on the international market. But as travel restrictions currently stand, these buyers are not able to see the properties for themselves, and as a consequence, do not pursue purchases as they did prior to COVID-19. Nevertheless, Anthony reminds everyone that Cambodia’s real estate market is still in its early stages.

“In my 20 years in Asia, if you look at the skylines of Bangkok, Jakarta, Kuala Lumpur, and Manila, these markets started out with very little development and they just exploded and demand self-fulfilled itself over the years,” he said. Historically, dips in the market have been windows where property buyers keen on making a good investment by buying low. Cambodia’s current market landscape presents an opportunity to look for deals on the market. 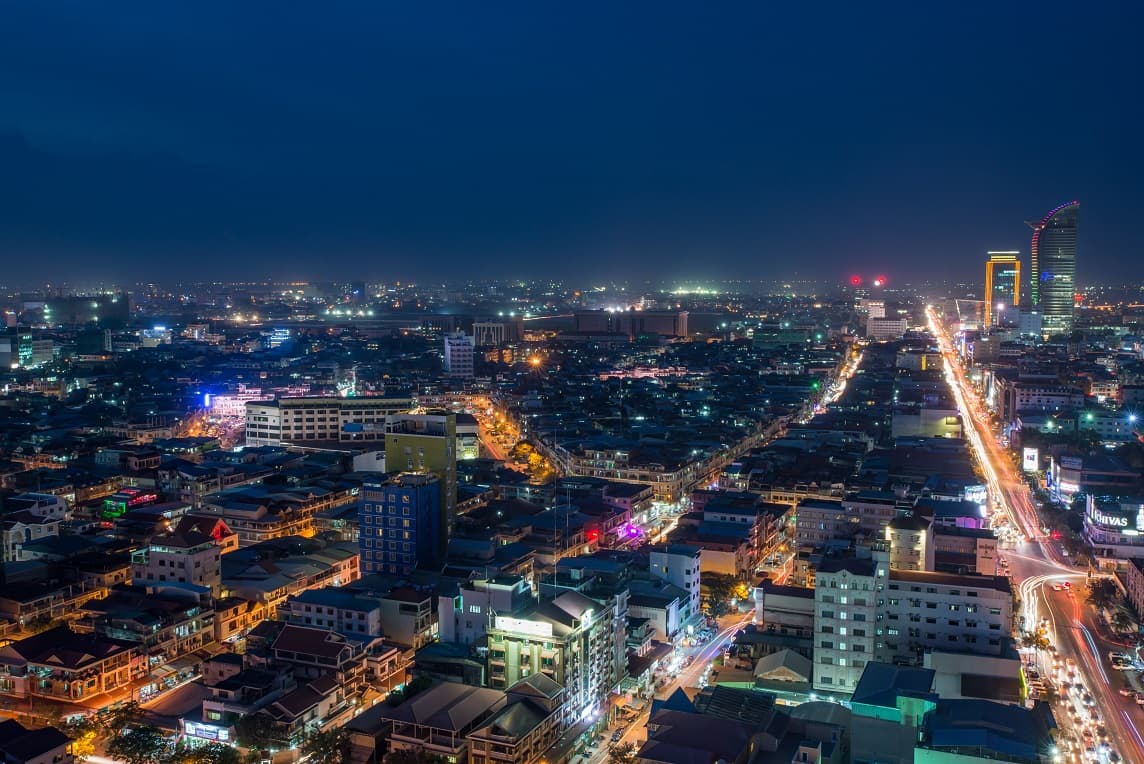 At the start of 2021, the National Bank of Cambodia forecasted a 4% economic growth for the Kingdom if vaccines can successfully curb the spread of the virus. “The light at the end of the tunnel appears to be flickering in and out every time there is a community spread” according to Anthony, “But there are silver linings in all of this”.

Anthony lauds the government, particularly the Ministry of Health, for having a vaccination plan in place. “The government is quite well-organized. Vaccinations are arriving, there’s a schedule of different vaccines, and the Ministry of Health has a very clear plan of distributing these vaccines” he also credited the business community for their financial support and the commitment of the population to implemented quarantine measures.

“The lockdown has somewhat slowed the infection rates. I believe that vaccine rates will go up in the next couple of months and we might see a rebound by the 4th quarter” he said. He cautioned that the first signs of recovery may not include tourism. But other industries, such as construction & real estate, garment manufacturing, and agriculture may see initial signs of rebounding towards the end of 2021.

Looking to get in on the next live interview? Sign up here!