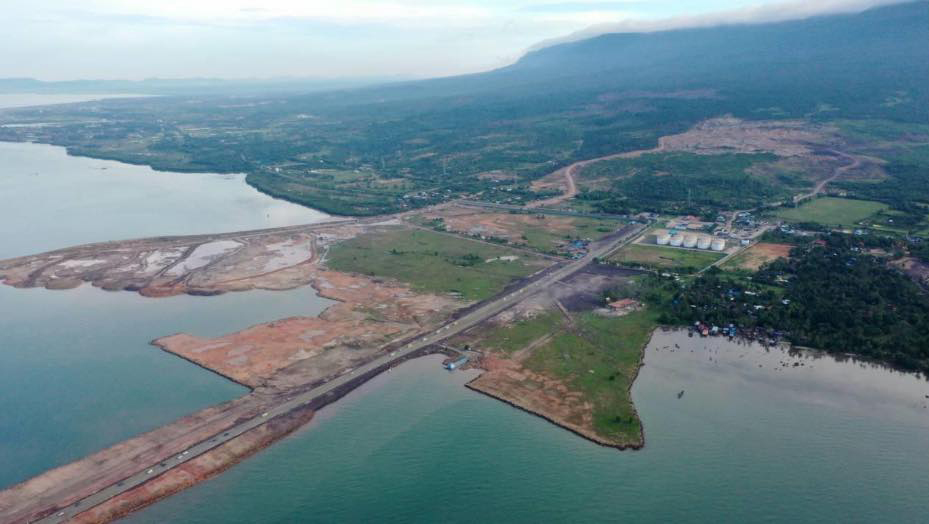 Bokor, Kampot - The sleepy town of Kampot is about to open to the international market with a new large port starting development worth $1.5 billion. The new project, called the Kampot Logistics and Multipurpose Port, has recently started construction and will cover more than 600 hectares of land. The new port is being invested in by the Kampot Logistics and Port Company Limited, a Cambodian company based in the province.

The first phase of the plan will require about 200 million US of capital. This phase includes container fields, special economic zones, free trade zones, logistics centers, warehouses, customs and manufacturing plants. Fuel refineries and energy distribution infrastructure will also begin in this phase. Means of transportation, specifically use of ferries headed for Phnom Penh is also being looked at to quickly transport goods, workers, and tourists. The location of the multi-purpose port has a water depth of about 15 meters and can accommodate ships of 100,000 tons. Once fully operational, the port will have a capacity of 300,000 TEUs of cargo by 2025 and scale up to 600,000 TEU by 2030. According to company plans, the first phase will take about 18 months to complete.

Its location in Kampot has been strategically selected for its logistics and port functions. The area is shielded from natural disasters such as typhoons by Koh Thmey, Koh Ses, and Koh Tral. The company is also experienced in constructing naval facilities, bringing their experience to fortifying their more civilian-oriented project. Kampot Logistics and Multipurpose Port is one of the first large-scale projects to be undertaken by a local company. Once completed it will greatly contribute to the growing economic and social development across Cambodia by opening another gateway apart from the Sihanoukville Autonomous Port and the Phnom Penh Autonomous Port.

The massive development is estimated to directly and indirectly create 10,000 jobs and is likely to create a more economically vital Kampot.