More parks for Phnom Penh will help property developers, not hinder them Beaming with wide smiles, a family watches their children play across the greenery studded plaza. A group of seniors exercise with their fitness instructor, while walkers leisurely stroll along the promenade; enjoying the fresh breeze after a long day of work. These scenes play out each evening in Phnom Penh’s few parks, but as the city continues to grow they are becoming even more scarce.

Any hopes of reversing this trend must take into account the desires and motivations of property developers. With private developers holding the majority of Phnom Penh's land, it is crucial that these stakeholders be convinced of the benefits of public space not only for the public but for their own financial interest as well.

A jewel of Southeast Asia 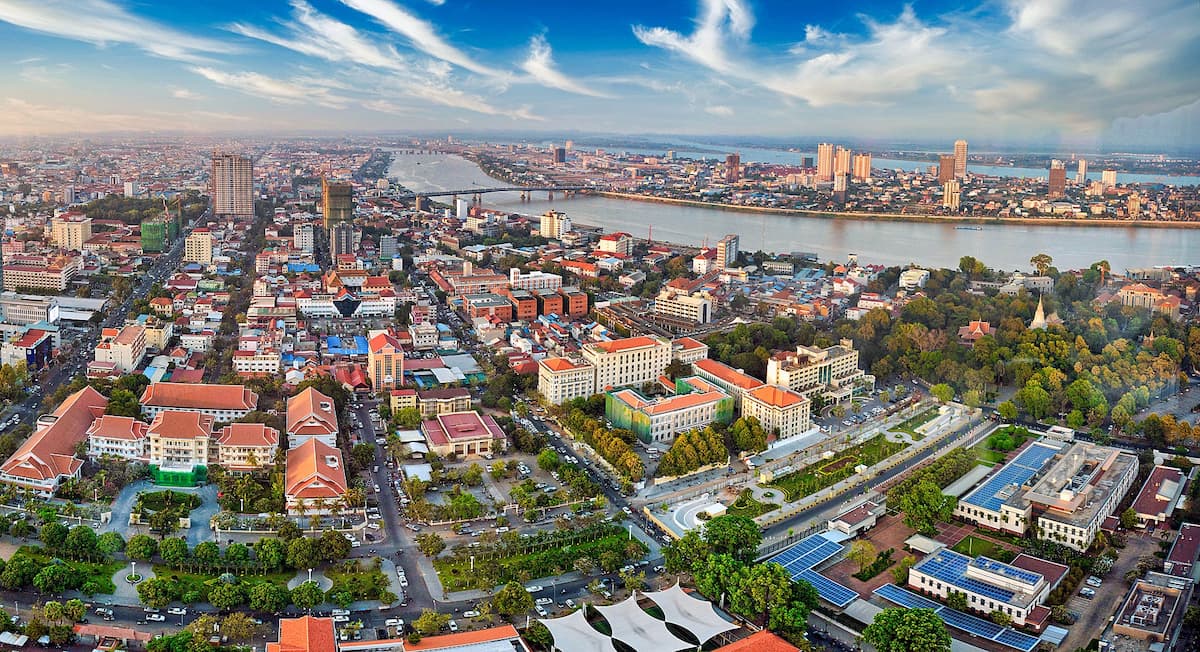 Historically, Phnom Penh was known to be a picturesque garden city. So how did it end up in its current state?

After the nation’s Independence, Phnom Penh was renowned for its beautiful cityscape which incorporated public parks, riverside promenades, and tree-lined boulevards. This was thanks to carefully crafted public spaces planned and executed, first by French architects, and later by Cambodians who maintained and expanded upon those principles, ensuring that the city remained livable and serviced its inhabitants well.

As Phnom Penh expanded, however, rapid growth and disjointed urban planning have meant that public spaces are an increasingly rare feature of urban development projects. As a result, the outer districts sorely lack the public amenities of the older, central districts.

In the rush for development, public spaces were neglected causing Phnom Penh to sacrifice significant benefits which public spaces contribute to a city, its inhabitants, businesses, and property developers.

Public spaces are a necessity, not a luxury 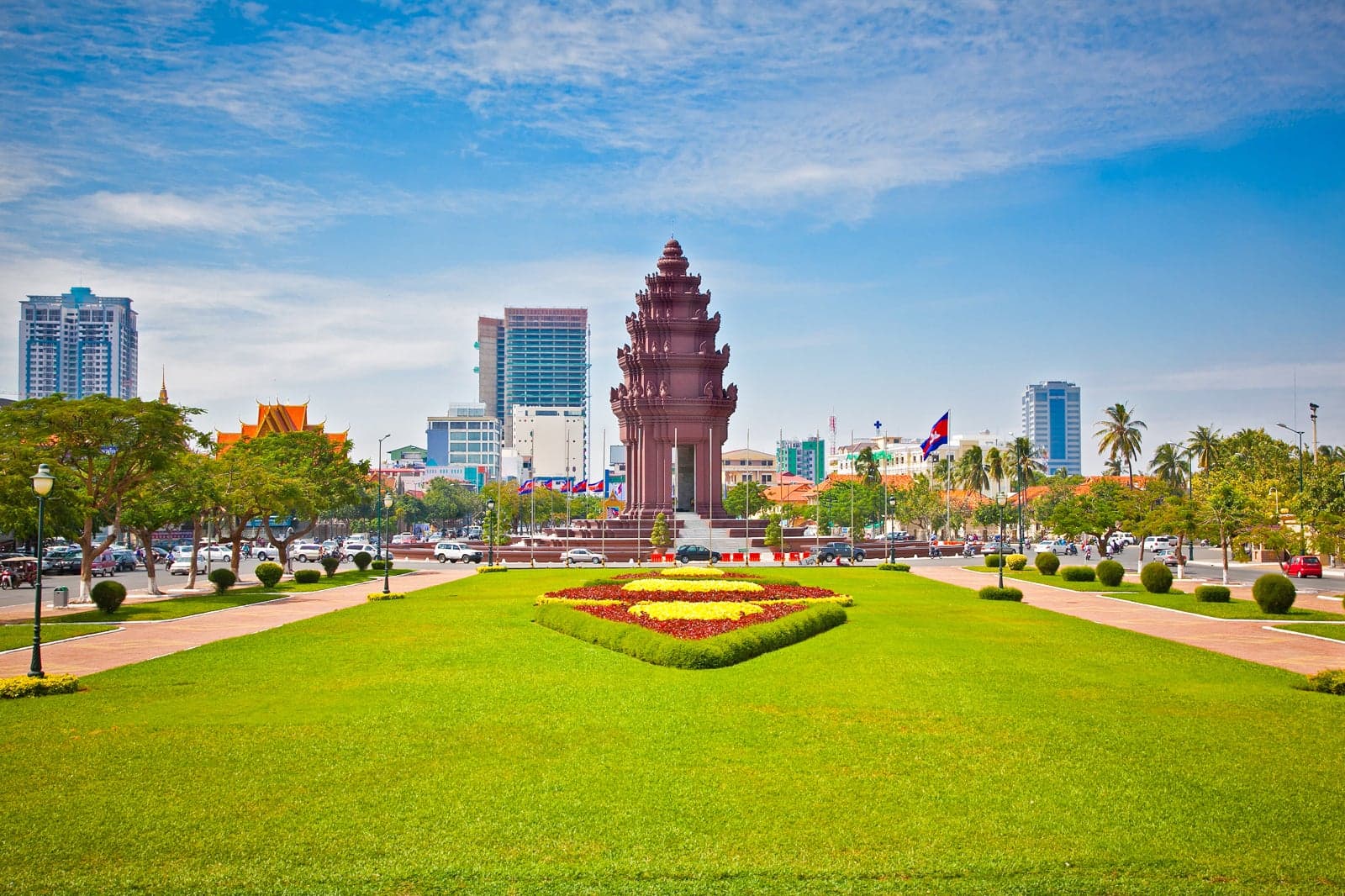 For city dwellers, public spaces play a crucial role in childhood health development. According to the Design Council of the UK parks and greenery are crucial because they provide a safe environment for children to play by learning, facilitating more creative and stimulating activities. I myself am a parent raising two children, we live in an outer district of Phnom Penh, and finding public space for my son and daughter to play is practically impossible.

The fact that parks ease environmental strain is also well established; reducing the heat island effect, flood mitigation, and reducing air and noise pollution. The knock-on side effects include; reduction of energy cost, dampening financial cost of natural disasters, and decreasing healthcare cost - all of which have been measured to indirectly save a substantial sum.

There is no doubt that public spaces are indispensable. However, more public spaces will not be possible without the efforts and commitment from property developers. Fortunately, there are irresistible economic advantages for private developers as well.

The case for property developers 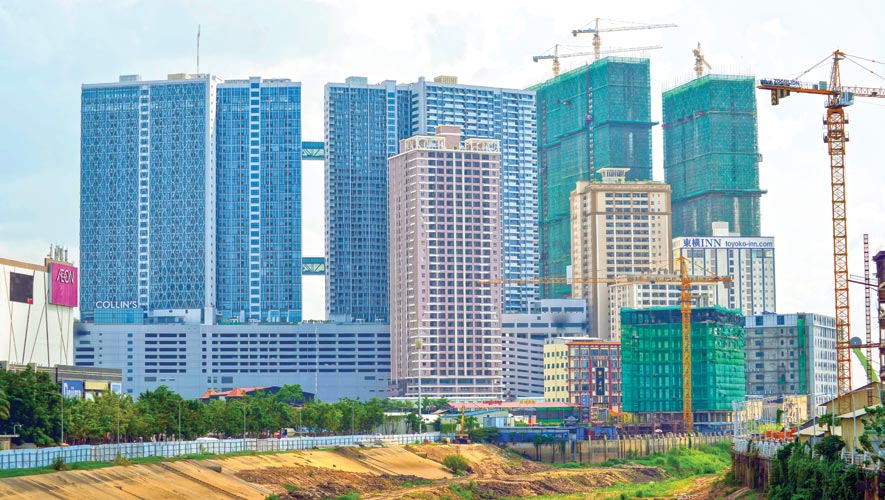 Prevailing beliefs regarding public spaces have left many in the real estate and construction sector reluctant to include these features in their projects. The Cambodian Construction Association, for example, publicly lamented attempts by the government to mandate that green spaces constitute at least 30 percent of the total plot size as wasting valuable development opportunities. This grievance is reflected in action, with many buildings in Phnom Penh ignoring the rule set by the Ministry of Land Management and Urban Planning.

However, property developers must recalibrate their strategy, since it is well-established that parks provide direct economic benefits to the private sector by increasing property prices, attracting tourists and local visitors, creating more opportunities for retail, and luring additional financial investment.

For instance, Chicago’s Millennium Park which was converted from a derelict rail yard is now an island of greenery. The urban park also boasts outdoor art exhibitions, a music festival venue, a myriad of recreational facilities, and event halls for rent. The city’s investment of 500 million USD has generated 2.6 billion in visitor spending while contributing 1.4 billion USD to nearby properties, by 2014.

Other case studies show that cities can reap big benefits, even from smaller, less costly projects. The Gabriel's Wharf project in London, for example, proved that even a modest initial investment of 125,000 USD can generate outsize economic windfall. The former 1,800 square meter warehouse is now home to a mix of shops, a vegetable market, and performance areas. The space is now a magnet of activity; generating revenue for the renter, shop owners, and adding 60 permanent jobs to the neighborhood, while undoubtedly adding to the financial prospects of nearby properties too.

It is obvious that public spaces provide a number of direct and indirect benefits to urbanites, the city, businesses and real estate owners. However, Phnom Penh’s scarcity of public spaces means that it is foregoing many of these advantages. So what could be done to alleviate the issue? Admittingly, spawning generously sized parks may not be possible for the city’s already cramped districts, but public green spaces can still be woven into its urban fabric through a number of manners.

Both local and foreign examples of smaller, temporary parks lead the way in illustrating an unorthodox approach. In contrast to traditional parks, they enjoy advantages in flexibility, good place-making value, and low cost, while retaining the same positive impacts.

Phnom Penh already has a commendable example of such a concept put into action; Odom Garden is an oasis of greenery at the heart of the city. Although not as expansive as the parks adjacent to the Independent Monument, Odom Garden’s cozier, well-shaded atmosphere and provision of small shops and an event area, arguably makes for a more exciting place to visit.

The garden’s success is the result of temporarily exploiting a yet-to-be initiated construction site, located in the middle of the city. The developers cleverly choose to make a small investment and take advantage of a temporary site, which would otherwise be left vacant and unproductive until constitution begins. Thus other property developers should take note, and implement similar projects on their own vacant properties.

In the meantime, Odom Garden provides an unparalleled opportunity for visitors, and is a proof of concept that smaller and temporary parks have a place in Phnom Penh.

The Shanghai Houtan Park provides an inspiring blueprint for a unique and impactful redevelopment. The park restored a portion of the Huangpu riverside, reclaiming that space from a steel mill, a garbage dump and a shipyard. It incorporates pleasant walkways, scenic viewpoints along the River, and nurtures a natural wetland ecosystem. Thus, fulfilling all the programs of a public space, generating unique place-making value while also doubling as a natural water treatment infrastructure—filtering 1,900 cubic metres of polluted water every day. A key part of the government’s response to getting Phnom Penh’s public spaces back on course took shape in Sub-decree No.42 ratified since 2015—which laid out provisions for public spaces in urban areas of Cambodia. Crucially, in order for the real estate sector to act, the municipal authority must attain their cooperation through a combination of stricter enforcement and incentives.

FAR determines the total floor area of a project in relation to its plot size. Thus, FAR acts as a restraining component, to prevent a building from becoming too large and too tall, with respect to its land plot. Meanwhile, the OSR requirement ensures that a specified percentage of ground-level space remains open.

To ensure that such critical ratios are followed, the Ministry of Land Management and Urban Planning should do more than passively informing design companies, construction contractors and real estate developers. Instead, it should actively engage and advise them of the shared benefits of following such laws and hold technical training seminars to familiarize all relevant parties to the nuances and technicality of the newly adopted law.

Promoting awareness followed by stricter enforcement is just half of the strategy, incentives are also needed to keep developers keen and even induce them to compete in producing better public spaces.

A proven method that has been implemented in other cities, is to relax restrictive requirements in exchange for adopting additional green space. For example, if a project exceeds the minimum OSR requirement, then they would be eligible to build higher, have more FAR, or be allowed to have less parking space—thus providing builders with more development space.

Hence, convincing developers to include public spaces can be realized through a combination of active engagement, strict enforcement, and easing restrictions in exchange for exceeding set criteria.

The value and utility of public spaces to Phnom Penh are indispensable. Therefore it is paramount that city planners and developers alike adopt a new perspective on parks; recognizing their benefits, investigating practical application of unorthodox park ideas - while also formulating, accepting and undertaking policies which are public space-orientated.

What is at stake isn’t just opulence and grandeur, but a city that is livable, vibrant and competitive—which is well within our grasp. After all, parks should not be a luxury but a necessity.

*This article was written by Aronsakda Ses, a Young Research Fellow from Future Forum.