A delegation of the Ministry of Public Works and Transport (MPWT), including HE Senior Minister Sun Chanthol, visited the construction project last Jun 20, 2022 to inspect and monitor the progress of National Road 71C, reported to be built to the tune of $130 million. 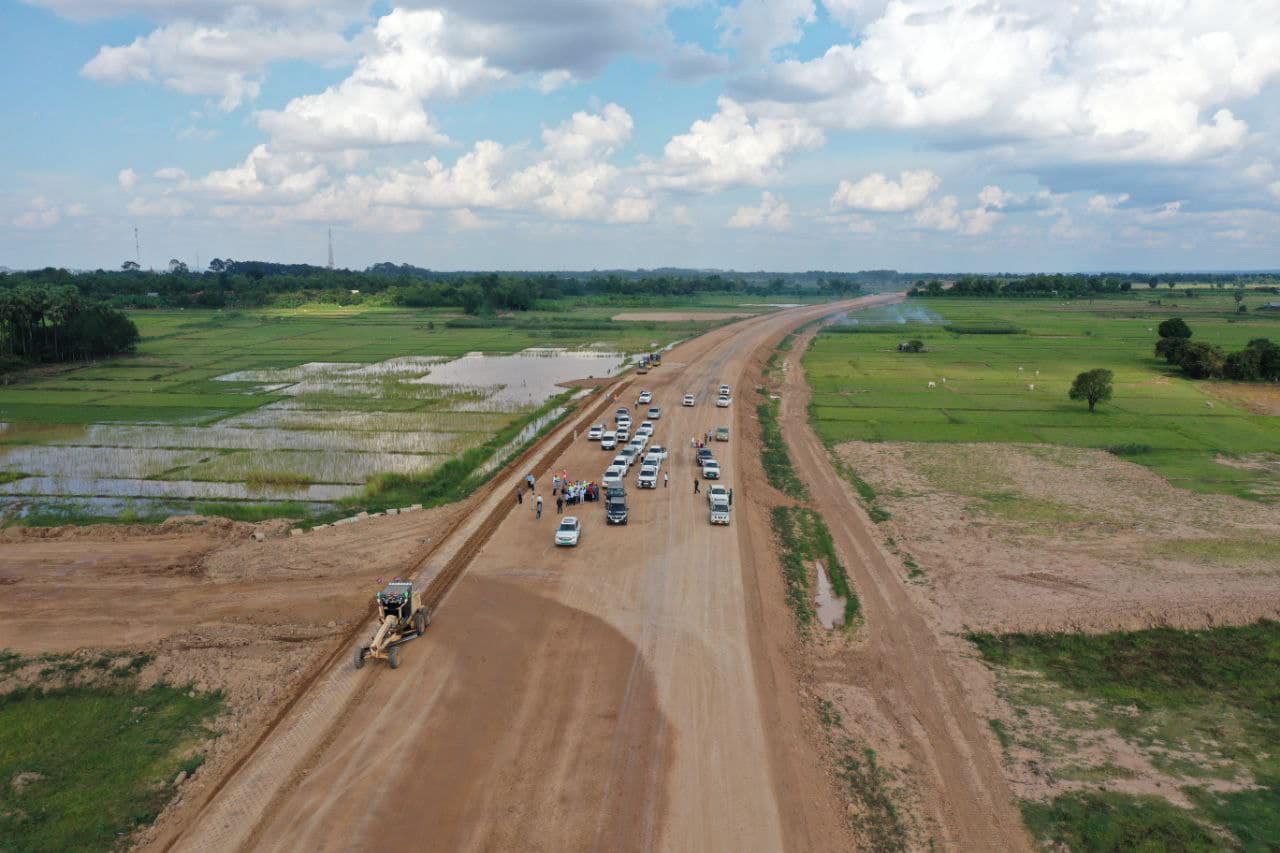 The National Road 71C is expected to create a new economic corridor in the Kingdom’s Northeastern regions by October 2024. Photo from the MPWT.

The technical inspection delegation’s purpose is to determine whether the road is being built to specifications, monitor work by the contractors, and check on the overall progress of the new national road. The MPWT often conducts technical inspections on major infrastructure projects around the country.

HE Sun Chanthol, the Minister of Public Works and Transport, addressed the media during their visit to the site. He went over topics such as the geographical situation surrounding the road, efforts to raise the road to avoid flood during Cambodia’s rainy seasons, construction of bridges and digging canals and drainage systems to ensure the road’s longevity.

The Senior Minister reminded the construction workers and ancillary staff to ensure the quality of the road, as well as keeping the peace so as not to disturb residents living near where the road passes.

According to authorities, the National Road 71C will take 42 months to complete. With a target completion date of of October 2024, the national road is being built by Seang Construction Company with technical supervision from Guangzhou Wanan Technical Consulting Co.,