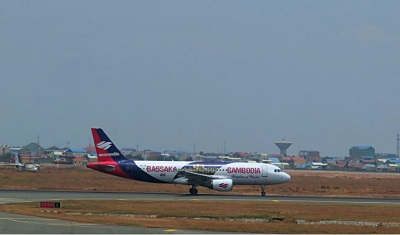 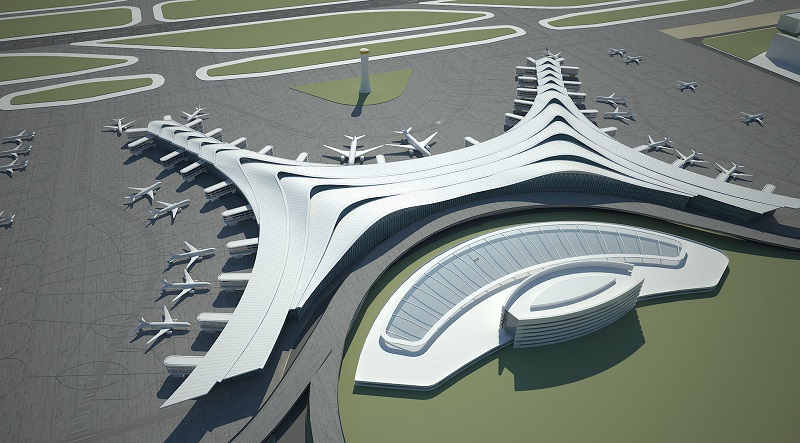 A design by Heerim, a South Korean architecture & design firm, for the new Phnom Penh International Airport in Kandal province - set to open in 2023/2025. Photo courtesy of Heerim.

“We are now laying the foundations and building the runway. If there are no issues with the land, I believe that the airport will be ready by 2023.” Oknha Pung Kheav Se, Chairman of Overseas Cambodia Investment Corporation (OCIC), shared with the Khmer Times during the Construction Industry Expo in Koh Pich last December 5, 2019.

The OCIC, the company behind the project, is now building the foundations of the new airport, conducting environmental impact assessments, and negotiating with people affected by construction; specifically those owning land, and those currently in the process of purchasing land in the affected areas, according to a report by the Khmer Times.

With about 2,600 hectares of land planned for the airport, and its supporting residential & commercial areas, the committee has foreseen that the initial difficulty will be negotiating the buy-out for the required plots of land. The committee, through the help of relevant government ministries, has been issuing prakas to halt land purchases in the area.

Sin Chansereyvutha, the spokesman of the State Secretariat of Civil Aviation, said the airport will not likely be finished soon, according to the Khmer Times. He also said that while the airport is on schedule, their timetable suggests that the required foundations and land-dispute negotiations will likely push completion back to 2024 or even 2025. 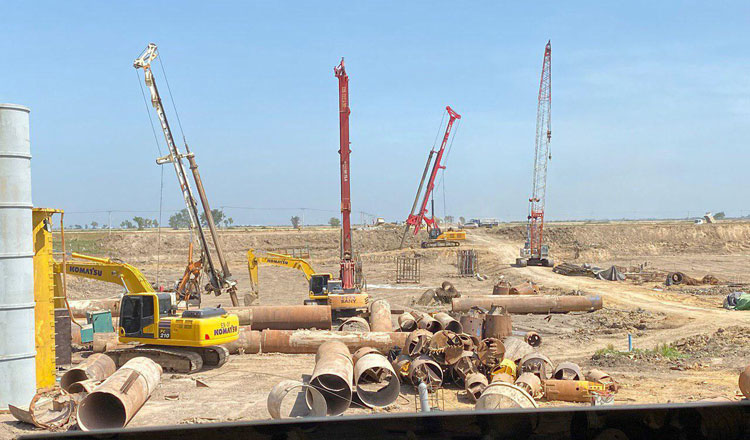 Foundations of the new Phnom Penh international airport under construction in Kandal province 2019. Photo courtesy of the State Secretariat of Civil Aviation.

Nevertheless, the new international airport in Kandal province will serve to sustain Cambodia’s growing tourism sector, which is expected to accommodate 15 million tourist arrivals by 2030.