From marvelous shopping centers, skyscrapers and five-star hotels, extravagant buildings across Phnom Penh are changing the capital into one of Asia's fastest developing cities. Inside Aeon Mall, Cambodia's first mega mall, shoppers and many curious residents herd to see the latest brands, snapping selfies before a giant Christmas tree.

It is a typical scene across Southeast Asia - yet, not long ago, this would be incomprehensible for some in Cambodia, where around 20 percent of people still survive on under $1.25 every day. Even though poverty still remains, a fast-growing elite and middle class are progressively searching for new, local ways to spend their money. Some Cambodians are happy to have such an extravagant mall in the heart of Phnom Penh. It demonstrates the city is growing, and some families are cashing in on development land sales. The $200 million Japanese-built shopping center is only one of many new shopping complexes, hotels, township and condo projects springing up in Phnom Penh, as Cambodia rides a flood of high financial development rates in recent years. The capital, Phnom Penh, is second only to Laos in Southeast Asia for the fastest rate of urban spatial extension, as indicated by the World Bank, and Cambodia's economy is expected to grow at 6.9 percent this year. All over the city extravagant skyscraper apartment suites are appearing, and lifestyles are changing to, bit by bit. As indicated by the government, Cambodia drew development investment worth $1.75 billion in the initial nine months of 2015, a 13.7 percent increase from a year prior. A number of the new participants into the kingdom's building business sector are developers from Japan, Singapore, China and South Korea, to name just a few. On the other hand, some are concerned where the development frenzy will leave a city once well-known as the 'Pearl of Asia'. In its French pioneer-prime, Phnom Penh was viewed as one of the loveliest urban cities in Southeast Asia because of its wide European-style roads, deliberately manicured gardens and beautiful stately homes. Only a couple of decades later, the humming city was lessened to a ghost town when Pol Pot's fierce Khmer Rouge army seized control of the capital and ordered its two million people to evacuate. The city has been returning to life since the radical communist was toppled in 1979. However, the surge of action and change to its scene has intensified in recent years. Silas Everett, of The Asia Foundation in Cambodia, fears the city's unique appeal is quickly vanishing with estates and stately structures from the colonial period being torn down to make space for lucrative new development ventures. "Phnom Penh's architectural legacy is world renowned... Yet the rate of pulverization of these structures of critical social legacy is disturbing,' said Everett, grieving specifically the loss of structures designed by Cambodian architect, Vann Molyvann. And keep in mind, while wealthy Cambodians are lining up for a chance to live in some of the city's most desired new addresses, the urban poor are increasingly relegated to the edges of the capital where many were evicted to make way for commercial developments. 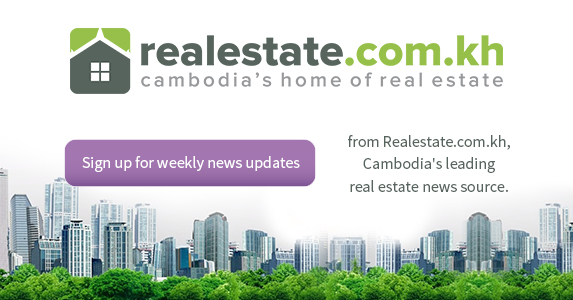