Now that 2015 has come to an end, Realestate.com.kh would like to start 2016 with a recap of the Kingdom of Wonder and its burgeoning real estate sector.

No wonder real estate is booming...

The economy is growing rapidly: 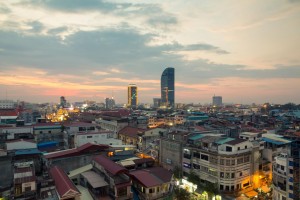