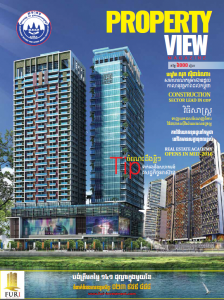 The Construction Sector Leads on GDP

The construction sector has become the most dynamic engine of growth, partly due to the return of political stability and a revival in consumption, according to a recent report by the World Bank. Economic growth here is still led by construction, garment exports and tourism, the World Bank said in its report “World Bank East Asia and Pacific Economic Update – Staying the Course.”  Construction investment increased nearly 3 billion US Dollar in the first 11 months 2015 if compared with the same period last year, according to the data from the Ministry of Land Management, Urban Planning, and Construction. According to Im Chhunlim, senior minister of the Ministry of Land Management, Urban Planning, and Construction, said construction investment capital reached about 2.9 billion US Dollars in the first 11 months in 2015 if compared with the same period last year, increased 27 per cent. A group of local real estate expert said the construction sector helps invigorate the economy as well as GDP growth. Kim Heang, CEO of Khmer Real Estate and president of Cambodian Valuers and Estate Agents Association (CVEA), said the construction sector took the biggest part in Cambodia’s GDP because most wealthy people gain benefit from the land and construction. He warned, “We don’t have to concentrate only on the construction sector because the prices can increase or decline depending on the situation as there are many sectors we have to focus on such as tourism, agriculture, as well as garment.” “People’s income does not meet the current residential, and number of tenants saw an increase, so the government must take action to make middle income people to be able to afford housing,” he said. In order to become a developed country with strong GDP, we have to depend on human resource. It is a long-term investment and the education system has to be improved,” Mr. Heang said. Chrek Soknim, CEO of Century21 Mekong, stressed the vital role of the construction sector in the Cambodian economy. “The economy talks about money. Currently as we can see, construction sector in Cambodia injected a lot of money into the economy. That’s the reason the construction sector took a big part in the GDP growth,” Mr. Soknim said. However, he said, “even though the Cambodia property sector is younger if compared with other countries, the Kingdom gains advantages from the sector.” “With people’s stable income bank sector in Cambodia also plays a vital role in boosting the property sector, and cash flow can help the economy,” he added. “To make the construction sector consistency, the government has to take care of investors by issuing laws to projects both investors and buyers,” Mr. Soknim said. In Sitha, vice-president of World Trust Estate, said currently there have been many construction sites popping up in Phnom Penh, and this creates many jobs for people as well as experts in the sector: “It means workers and experts in the construction sector earn more income from the construction, and many constructions boost the GDP growth and according to the current data from the Ministry of Land Management, Urban Planning and Construction, the construction saw an increase, and this means it took a part in the GDP as well,” Mr. Sitha said. “Bank sector plays an important role in providing loan for people to have enough ability to afford home as many middle-income people use the loan to buy their own home,” he added. Return On Investment of condo investment in Cambodia is around 7.5 per year if compared to the same Asian markets, Cambodia’s investment provide more benefit as Thailand and Japan at 6.3 and 5.5 per cent respectively, China and Hong Kong are offering rent yields of only 2.7 and 3.3 per cent respectively, and Philippine at 7.1 per cent annually, according to a recent study of Century 21 Mekong. According to a report of real estate agency Century21 condominium development increased by 20 per cent annually from 2008 to 2014 with 13 projects successfully completed, which translates to 3,090 available units as of today. With another 17 projects currently underway, the report predicted that by 2018, when many of the current projects are slated for completion, the number will have more than tripled to over 10,000 available units across Phnom Penh. Cambodia’s per capita GDP is forecast to reach $1,220 this year, up from $1,123 last year, according to official data. This places the country near lower-middle income status. Its new forecast comes just a few weeks after the Asian Development Bank revised its March forecast for economic growth this year from 7.3 per cent to 7 percent. The construction sector has become the most dynamic engine of growth, partly due to the return of political stability and a revival in consumption; however, the tourism sector is underperforming, despite the initial recovery in tourist arrivals to Thailand. Tourist arrivals during the first six months grew by only 4.6 percent (reaching 2.3 million visitors), compared to 6.9 percent during the same period last year, the report from the World Bank said. Realestate.com.kh is proud to support the CVEA's Property View publication. Click here to get your copy, or if you are interested to join the CVEA today.