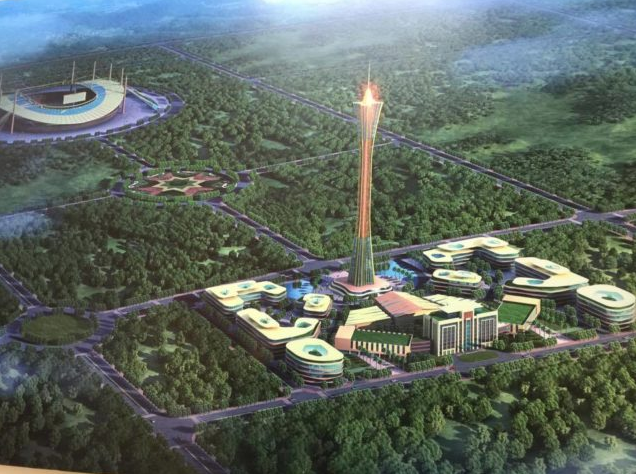 A $150 million agreement between the Cambodian and Chinese Governments will see the construction of a huge sports stadium complex - suitable for Cambodia to host the Southeast Asia Games (SEA Games) in 2023.

First approved in 2013, the “Morodok Decho Sports Complex” first stage of construction is already around 70 percent complete and is being developed by the LYP Group for around $39 million, according to an RFA report. The “Morodok Decho Sports Complex” is being built on 85 hectares of land in Prek Ta Sek commune, Russey Keo district, inside of LYP Group’s “Garden City” satellite city. The second phase of the sports stadium project is expected to begin construction in 2017 under the management of a Chinese company, with an approximate $150 million funding package provided by Beijing.   Meanwhile, a huge world-class TV antenna, with a total height of 285 meters, will be completed before the year 2023 as well, near Morodok Decho  stadium. To be called "TV Tower", the massive antenna will become the broadcasting center for the SEA Games in 2023. The TV Tower project is invested in by Chinese company Power China Kunming Engineering Corporate Limited, on a land area the size of 6 hectare. This new sports stadium and TV Tower should be another great boost for Cambodia's thriving tourism industry.