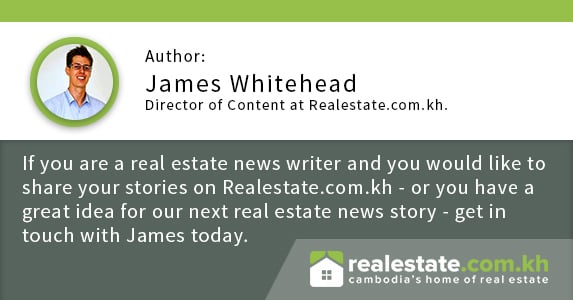 Mr. Sorn Seap, the current acting-president of the Cambodian Valuers and Estate Agents Association (CVEA), has witnessed the real estate and valuation industry learn to walk in the last 10 years of his career.

“An appraiser, who always doubled as a real estate agent, was guided solely by their experience in that particular market and their relative understanding of any property market’s value.” Meanwhile, the same ‘rule of thumb’ was the only standard that valuation seekers could consider when choosing an appraiser. For these reasons, the National Valuers Association of Cambodia (NVAC) was launched in August 2008 by the initiative of H.E. Dr. Keat Chhon, deputy prime minister and minister for Economy and Finance. In 2009, the Association was adopted for the 8th full member of ASEAN Valuers Association (AVA) and duly imported the association’s standard of professional ethics into their mandate. Yet, with insufficient members to neither consolidate the interests of the entire market nor standardize land prices, the Association changed its name to the Cambodian Valuers and Estate Agents Association (CVEA) in April 2011 and included real estate agencies within the association.  Now, the CVEA has a registered membership list of 60 real estate agencies and valuation companies. They provide a code of conduct for ethical practice and professional standards to all of their members, which are endorsed by the MEF. They also host educational events for their members to encourage better practice throughout the industry. The demand for property valuations is clearly rising throughout the Cambodian economy, said Sorn, but this demand is also diversifying in Cambodia. While traditionally Cambodians only sought valuations in order to raise finance for a home or business loans offset by the value of their property, increasingly, valuations are being used by Cambodians as a tool to apply for visa applications, negotiating joint ventures and in order to assist in share issuing. This new demand is coming with a greater understanding within the valuation markets, believes Hin Socheat, director of research at Bonna Realty Group. “Average Cambodian property buyers and sellers are increasingly aware that if their property valuation reflects any bias whatsoever, their interests are at stake – whether it be through a lessening of their financing potential or damaging trust in a joint venture proposal,” he said. In addition, Hin  said banks and lending institutions can put themselves at additional risk when offering sizable low interest loans to clients on falsified valuations. Sorn suggests that “the general population still largely sees appraisals as a market value estimate and very little more.” In fact, international standards of valuation require a considerably technical and scientific approach to the factors involved in reaching that value estimate and a code of ethics that eliminates any possibility of bias. Meanwhile, valuation documents are generally produced in English in Cambodia– leaving a language barrier for many consumers. “All they see is the final valuation number, and this leads to a superficial understanding of the process behind that number,” said Sorn. Yet, without compliance mechanisms or overarching regulation, professional and domestic investors, including average home buyers and sellers in need of valuations, still must consider the credibility, company background and experience of any valuation company or independent appraiser before using their services. Hin mentions, for instance, that Bonna Realty Group received accreditation from the Security Exchange of Cambodia (SEC) at the end of 2014, meaning they have the necessary professional valuation standards to value Initial Public Offerings joining the Cambodian exchange market. Standardization of the valuations market may not be such a distant future for Cambodia, however. According to Sorn, the CVEA is currently working closely with the MEF to define an appraiser’s code of conduct and an overarching real estate law for Cambodia, both of which will enter into force in the coming years. “The hope of the MEF and CVEA is to complete this consultation and drafting process by 2017,” said Sorn. To draft these new laws, the MEF and CVEA are importing international standards from the Royal Institute of Chartered Surveyors (RICS), a world renowned land qualification and valuations authority and a regulatory regime that is proving popular in neighboring countries and in the Codes of Conduct of various Cambodian appraisal firms, including Bonna Realty Group, who is a member of CVEA. Malaysian standards of practice have also been a focal point in these consultations between the MEF and CVEA. Meanwhile, the CVEA and MEF are currently in the process of raising funds to bring the RICS training body to Cambodia to begin training programs on these codes of ethical practice within the real estate and valuation industries as soon as possible.