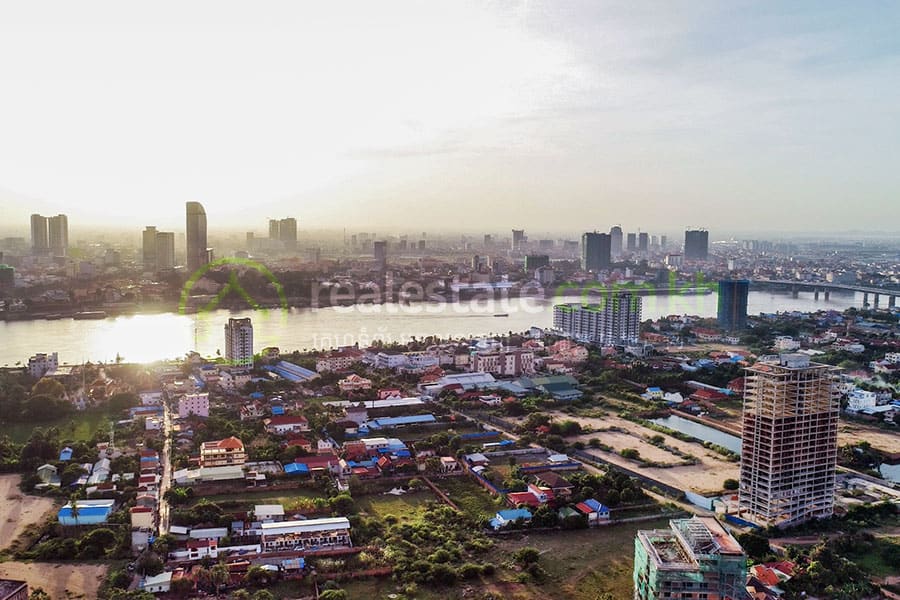 Cambodia won’t stay hidden from international investors for much longer. Announcements have been circulating that GDP growth will be at 7% for 2018. Cambodia’s been growing this fast since the global crisis of 2008-2009.

In fact, THREE different online investor publications in the last month have named Cambodia as one of the best places in Asia to lay down money. Check here and here and here. Both say there’s enormous potential in the region.

As 2019 dawns we look back at the last decade of amazing success. Consistent growth in Cambodia has led it to become a “new tiger economy.” Seven percent growth each year is outstanding for a developing nation. But what’s in the cards for this year?

Steady growth through 2020 has already been projected. What’s more, foreign investment in the Kingdom keeps ramping up. A few key factors that will come to define the property sector in 2019. There will be a boost to human resources. A new real estate school has already been established. Companies here are raising the bar for professionalism.

Growing tech systems will play a larger part in the industry. Realestate.com.kh’s own CRM is already bringing agencies to the cutting edge. Adoption is quick and the country is more connected than ever. These systems will boost efficiency and productivity.

Finally, regulators have embraced an open-minded perspective when setting the rules. Both the government and industry bodies want the sector to grow. They are committed to listening and working through challenges. 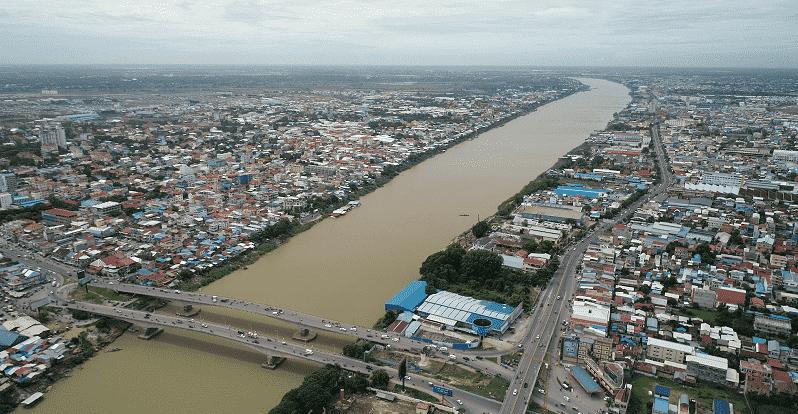 Pushing education is, of course, a major priority in the Kingdom. The real estate sector is no different. Experts have called for a boost to human resources. In fact, in our yearly survey, nearly 40% of respondents called for more standardised agent licences and training.

The real estate program at the University of Economics and Finance (UEF) is doing a lot to raise the standards.

Bun Chhay, board member at UEF, said the school is already admitting the second generation of students to its real estate agency and valuation program. The program began in August after a partnership was signed between the university and Cambodian Valuers and Estate Agents Association (CVEA).

“Over the course of 2018, we trained 400 students and prepared them for a range of careers in the real estate industry. Many have already be fully certified and have their licences from the Ministry of Economy and Finance,” he said, adding that many had learned to be real estate agents, property managers or valuation agents.

Chhay said that the program was generating plenty of interest. He pointed out that within the next 10 years they planned to be offering full Master’s degrees in real estate. As activity in the Kingdom’s real estate sector ramps up, customers want more professionalism. They expect better service and faster results. Indeed, international buyers expect service to be on par with countries like Vietnam, Thailand and Malaysia.

Realestate.com.kh itself has brought a new enterprise solution to the market that will take the industry to a new level. The customer relationship management system, dubbed RealestateCRM, is meant to be an all-in-one tool for local agents.

“The tagline of the project is ‘work smarter not harder,’ the system will keep information centralised. It will save agents both time and money,” said Pheara Moeun, the company’s CRM manager.

According to Mathew Care, CEO of Digital Classifieds Group, Realestate.com.kh’s parent company, the CRM is professionalising the market for agents.

“There was a huge demand for a service of this king from Cambodia’s agents. It’s a tool they can use to build their businesses and we already have 50 major clients and over 15,000 listings,” he said.

When asked how the Cambodia market is different from others that DCG operated in such as Laos, Fiji and Mongolia, Care said the Kingdom shifted and adapted incredibly fast.

“There are a few key market segments in Cambodia, such as Chinese buyers, local buyers and Western buyers. Each one needs to be reached and communicated to in a unique way. There’s no one-size-fits-all approach,” he added.

In a digital world 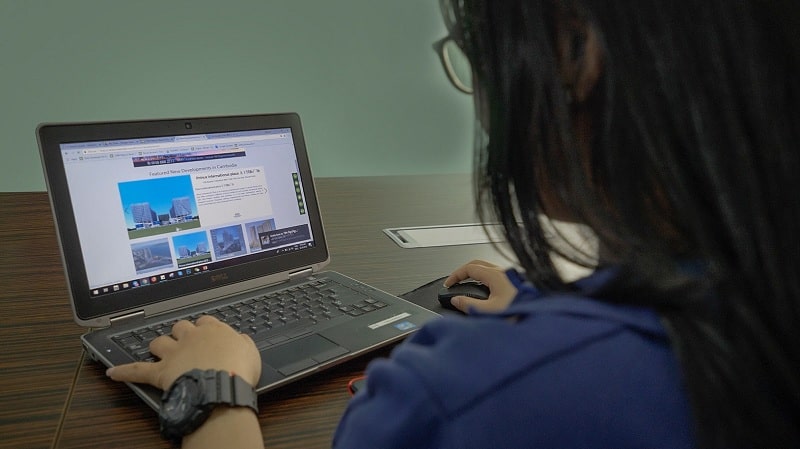 Tech inclusion is rapidly sweeping across Cambodia. Data from the Mekong Business Initiative's 2017 report on Cambodia fintech showed there were over 7.1 million internet users that year, which represented a growth of 40% over 2016.

What’s more, nearly all of those internet users are currently active on social media.

It’s no surprise then, that companies are relying more and more on digital outlets to reach customers. B2B Cambodia, BizKhmer, Business Cambodia and Thmey Thmey are growing in influence and becoming major sources of information in the country.

Realestate.com.kh is also one of the leaders of this group, bringing daily news updates, guides and tons of other resources to Cambodia’s internet users. We host over 25,000 listings and consistently get more than 20,000 pageviews per day.

We even put together a full list of the tech that is set to reshape real estate in the coming year. 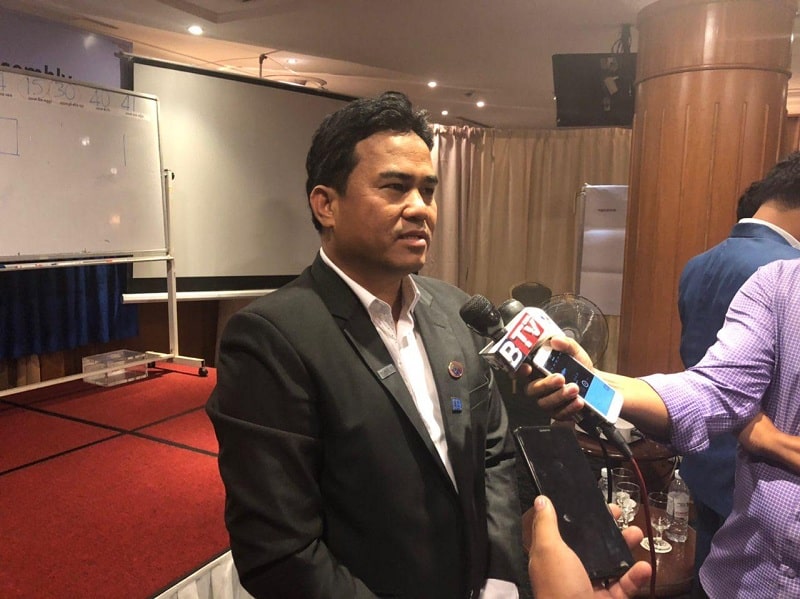 Chrek Soknim, the general manager of Century 21 Mekong, was last month named as the new head of the Cambodia Valuers and Estate Agents Association (CVEA). He mentioned during the announcement ceremony that bolstering human resources would be a priority during his two-year term.

"The world’s economic growth remains strong, and the Asean’s economy will be on the rise. For Cambodia, I am still optimistic about the real estate market over the course of 2019. The market will continue to grow in all aspects related to residential, commercial, and property management, including houses, condos, apartments, boreys and land," Soknim told Realestate.com.kh during an interview this week.

"China is still the leading investment country in Cambodia, following by Japan, and European countries."

A tale of two markets 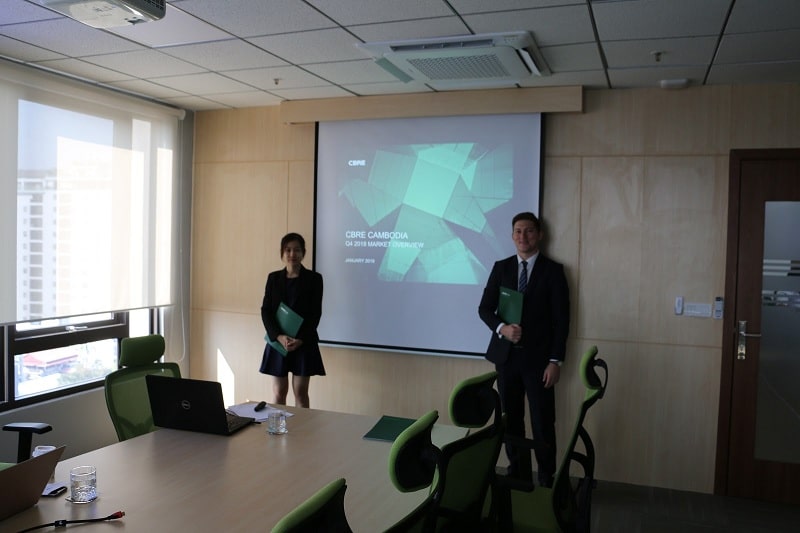 It is becoming increasingly clear that Cambodian real estate has two distinct segments. The market for locals is based mainly on affordable condos, boreys, houses and land. Both local investors and international buyers, however, occupy the segment for mid- and high-range condos.

James Hewson, manager of research and consulting at real estate firm CBRE, said that affordable condos are still a fairly new idea in the Kingdom. Adoption is slow, but there is demand.

During the release of CBRE’s market outlook earlier this week, Hewson said there are slight fears of an oversupply in the mid- and high-end condo market. Affordable condos, however, have plenty of room for growth.

"The recent completion of around 2,234 condominium units in Q4 2018 boosted total supply by 18.9% q-o-q, 40% of which was positioned in the mid-range segment. This high inflow of mid-range supply is set to continue throughout 2019, with 13,444 units forecast to be complete by the end of the year. Similarly, the high-end segment is also estimated to see a considerable increase of 243% to a total supply of approximately 10,611 units in 2019. This substantial influx in both mid and high-end condominium stock may catalyze market adjustments in the coming quarters. Whilst the affordable segment saw an additional 870 units added in Q4 2018, the total stock within the segment trails behind the mid and high-end supply at just 3,530 units," he said.

Any fears of a shock, he said, were tempered by the fact that rental rates have remained steady for condos across the board.

All in all, experts are expecting this to be another year of positive growth building on previous success. New challenges will come, yes, but there's a new crop of professionals ready to face them.

Stay tuned to our news section all year long for breaking updates on the real estate sector.

For other great resources on the business climate in Cambodia check out our latest investment guide! Also, sign up for our newsletter today and stay up to date with the latest info.