Property Management in Cambodia as an Overse...

New Airports In Cambodia - Transporting The ... Establishing a Landholding Company: The Best Mechanism for Acquiring Foreign Ownership of Property? Through numerous legal reforms, and much more clarity in the land titling system, the mechanisms in which foreigners can establish control and ownership over property in the Kingdom now come in several forms. Private ownership of units in a co-owned building (more commonly known as “strata title”), was the first legal instrument in allowing foreigners any ownership rights over property. However strata title is a right of ownership that is limited to specific units, and other legal restraints, so for a prospective foreign investor looking to develop on a larger scale- more freedom in acquiring land and property is needed - see Realestate.com.kh's Foreign Ownership in Cambodia: Laws & Regulation with Matthew Rendall for more information.

One of the mechanisms which can be used in the acquisition of property is the establishment of a landholding company. This is a limited liability company incorporated under Cambodian law that owns property on behalf of foreigners. The most critical factor in establishing a legitimate landholding company is that 51% of this company must be owned by a Cambodian National. However, despite on paper the Cambodian party will hold the majority of the shares, the shareholder agreement between the parties can be structured in such a way that the foreign party will hold and exercise control and management of the company.

The necessary requirement for majority ownership by Nationals’, and the subsequent benefits once the company is legitimately established is laid out in the law itself.  According to the Law on the Investment of the Kingdom of Cambodia (Chapter VI, Article 16): “Legal entities in which more than 51% of the equity capital are directly owned by natural persons or legal entities holding Cambodian citizenship” The available benefits are further described: “use of land shall be permitted to investors, including concessions, short term leases, long-term leases which are renewable in compliance with the provisions of the Land Law.

These benefits that are conferred by law through this structure reach far beyond that which are available by other foreign ownership mechanisms, and are legally recognized.

Regarding the registration process for establishing a landholding company, Mr. Grant Fitzgerald, General Manager of IPS Cambodia, stated “’The most common way to set up the landholding company is through a lawyer who will be responsible for preparing all the legal documents that are required.”

Mr. Fitzgerald continued by on by stating he believes that there are four key steps in the process of setting up the company:

Step1: The foreign party needs to have a relationship of trust with the Cambodian partner;

Step 2: The application process for setting up the landholding company needs to be followed   along with any necessary legal consultation.

Step 3: The parties need to have completed the Article of Association. This document outlines  the purpose of the company, duties and responsibilities of its members recorded and defined clearly.

Step 4: The parties can then seek to obtain the complete registration of the company.

Mr. Fitzgerald elaborated that the Article of Association is the most critical document in the process and that, “It is a complicated process writing up [the Article of Association] as it needs to clarify details about shares, power, decision making rights and other obligations between Cambodian and foreign shareholders. This is a key reason why a good lawyer needs to be consulted throughout the process.”

“Generally, as well as outlining the ownership percentages, the Article of Association will be structured with two classes of shares, each having different rights of control. This is to ensure that the foreign party is given “special power” to make decisions over the land.”

“The duration of setting up the landholding company can take from two to three months and cost $3,000 to $10,000 or sometimes above that, dependent on whether you hire local or international lawyer” Mr. Fitzgerald added.

Talking about the process Mr.Taylor said, “I bought an existing company and it took about six months to complete all the processes and have the company transferred from the previous owner” Mr. Taylor estimates he spent approximately $8,000 through the whole transfer process.

Mr. Taylor has found multiple benefits in owning a landholding company, but primarily the ability to buy land and other properties with hard title ownership has enabled major progression for his business. However with recently Ministry reforms in relation to tax requirements, Taylor believes the establishment of a landholding company could become more complicated, but believes this will not have a major impact - especially for larger scale companies.

Ultimately, owning property through establishing a landholding company is the safest way of acquisition compared to other property investment mechanisms, because it contains verified documents, lawyer involvement and is recognized by the law itself. As long as both foreign and Cambodian parties have a relationship of trust and follow a clear and transparent process, the establishment of the landholding company should be one which is mutually beneficial.

Search property for sale in Cambodia on Realestate.com.kh today - Or learn the latest real estate news in Cambodia. 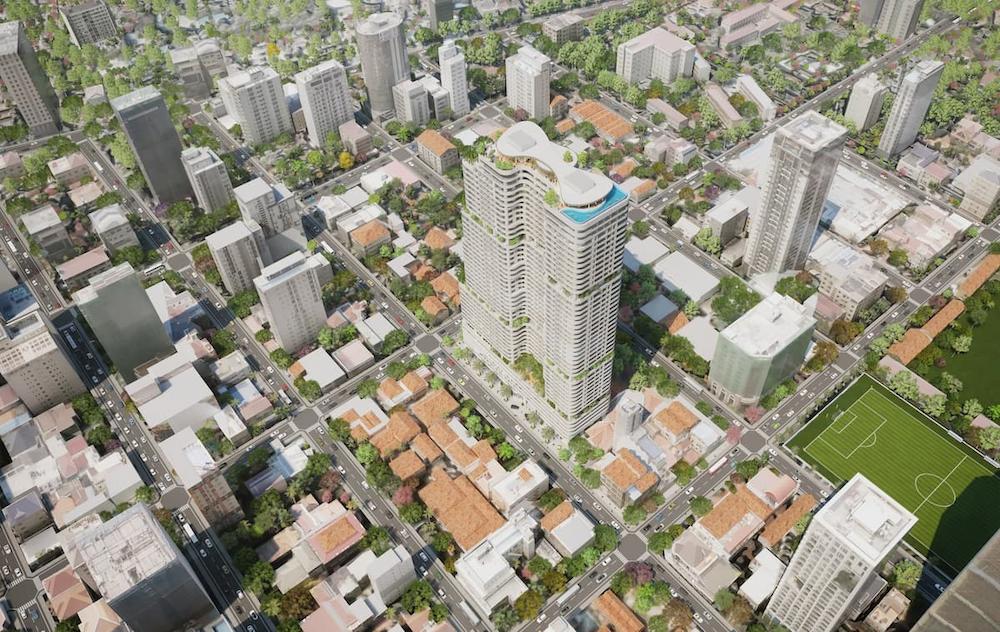 Property Management in Cambodia as an Overseas Investor

New Airports In Cambodia - Transporting The Kingdom To A New Era