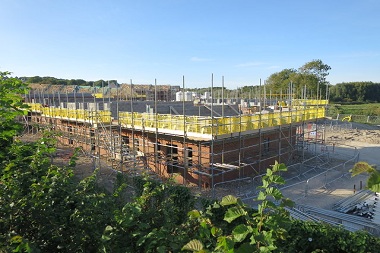 Will the Government’s low-Cost Housing Policy benefit the Low-Income Population? 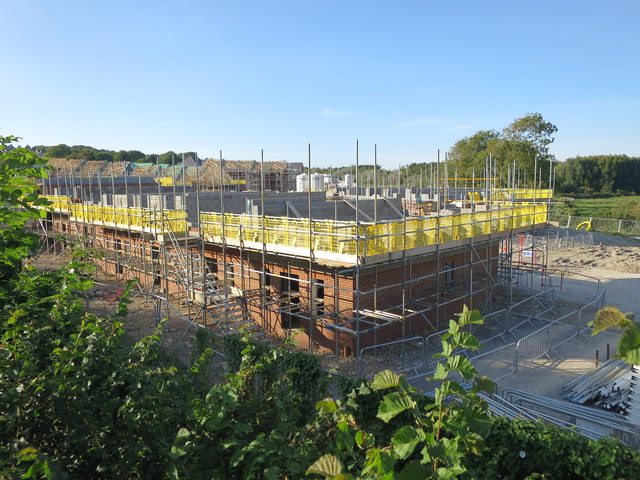 While most developers have targeted middle and high-income class in Cambodia over the past decade, the trend seems to be gradually changing toward to lower income population.  With the Government’s drafting policy pushing for more low-cost housing projects, some developers such as WorldBridge Land and B & BM Development shifted the trend by launching affordable housing projects targeting low-income population in Kandal province.

In an interview with local media, Ly Chanphakdey, director of the Department of Regulation and Housing Cooperation at the Ministry of Land Management, said the government already has two ongoing affordable housing projects in Kandal under the National Housing Policy.

“One of them consists of 2,297 flats and is being developed by Worldbridge Homes Co Ltd, while the second 5,340-unit project is being carried out by B & BM Development. For each project, units would sell for less than $30,000 when completed, with owners being offered reduced interest rates,” he added.

During the National Housing Forum last week, Chea Sophara, Minister of Land Management, said: “The Ministry of Land Management is paying more attention to seek ways for providing affordable housing for low-income people across the country to have housing with comfort, dignity and safety.”

The ministry is working with the Ministry of Economy and Finance to “establish affordable housing prices and incentives on tax and regulation” to encourage the private sector to shoulder the task, according to the minister.

With tax incentives and clear regulations, more developers are likely to consider investing in low-cost housing projects which will ultimately be able to meet the demand for some 55,000 affordable new homes each year.

This year Worldbridge launched a $100 million project targeting low-income population in Takhmao city. Regarding the company’s project, Sothirith Yuk, General Manager of Worldbridge Home Co.,Ltd., said: “the number of registered buyers is more than the number of housing units to be built. And we are ready on the construction of technical parts. What we are waiting for now is the incentive policy from the government so that we can kick off the project and handover the completed units to the buyers as they need them as soon as possible.”

He added: “our company is planning to develop similar projects in other parts of Phnom Penh and the provinces. We are committed to supporting the government to fill the housing supply gap, to provide low and middle income households quality, safe and affordable houses with all the necessary amenities as well as to promote a vibrant and cohesive community.”

Since there are currently a large number of low-income population in Cambodia, it is a wise decision to develop the project to target those classes. Cheng Keng, Chairman of Cambodia Properties Limited (CPL), said: “there is now a high demand for low-cost housing in Cambodia and it is a good thing that both the government and developers start to focus on low-cost housing developments. Developers will stand a high chance of success with the government’s supporting policy and more and more developers will ultimately compete to build affording housing project with better quality to respond to the population’s need”

Cambodia’s population are expected to increase from 15 to 19 million from now till 2030 and those of Phnom Penh and urban areas from 4 to 7 million with 800,000 urban homes estimated to add to the 2015 housing stock. This is said to be mainly due to rural to urban migration of people and the fast growth of city.

Echoing Mr. Sothirith view, Mr. Cheng said: “if the government has clear regulations, it is highly likely that the target can be achieved. This is a good move that the government pays more attention to target low-income population. I want to see a clear master plan from the government as the master plan is crucial to each city to avoid the traffic congestion arising from rapid economic and population growth.”

However, Soeung Saran, executive director of housing rights NGO Sahmakum Teang Tnaut, said: “price of houses ranging from 20,000 to 30,000 US dollars does not mean affordable for all low-income population as they must have a full-time job with some sort of assets to qualify to get a loan from a bank. In this sense, not all low-income population are able to afford those houses to live. Therefore, i think it mostly benefits the middle-income class rather than low-income class.”

He added: “whether or not the government can achieve the target depends on political and economic situation. If the political situation remains stable and economic growth continues to be around 6 to 7 percent, the target might be possible.”