Phnom Penh, the capital of Cambodia, is located at the heart of the southern part of the Kingdom, within the entire surrounding of Kandal Province. Phnom Penh's continuous expansion of territory has always resulted in the new planning of the bordering areas in Kandal Province.

One of the most powerful pieces of evidence is the construction of the biggest international airport in the Kingdom. According to the plan, the new airport, named "Techo Takhmao International Airport", spans in Kandal and Takéo provinces, covers an area of ​​2,600 hectares, and costs about US$1.5 billion. The construction is divided into three phases. The first phase will be completed in 2023, with an annual capacity of 13 million passengers. The second one will end in 2030, with an annual capacity of about 30 million passengers. The last phase will end in 2050. All together it is available for 50 million passengers annually. The new airport is 10 km from Hun Sen Boulevard. The Ministry of Public Works and Transport plans to develop a new train route connecting the city centre to the new airport. On the other hand, it is also reported that OCIC has planned to build a highway for shuttle transport. The preliminary plan is to connect directly to the new international airport with Hun Sen Boulevard via Chbar Ampov, and another proposal is to connect the new airport to the third and fourth ring road. Whatever, it means that the new airport will not only drive residential and commercial developments in its proximity, but also promote the prosperity of the areas along the traffic network, of which related areas in Kandal Province are in the most direct benefits.

Last month, Prime Minister Hun Sen confirmed that the government plans to use part of the Korean government loan to build a bridge connecting Phnom Penh City to Akriey Ksart Township in Kandal Province, and the estimated cost of the bridge is between US$40 million and US$50 million. This news has been followed by a land trading boom set off in some areas of ​​Akriey Ksart, with the price of land in some areas  reaching US$1,000/m².

According to a report by CC-Times, the chief of Akriey Ksart Village said, “There are more and more companies buying and selling land, which has driven the price of land to rise, the price [of lands on riverside] will be much more expensive.” Not long ago, the construction plan of the Cambodia-Korea Friendship Bridge was made, which consists of two sections. One end sets near the Night Market, while the other end sets in Akriey Ksart Township, with a middle support on Chroy Changvar peninsula beside Sokha Hotel. This cross-river bridge aided by South Korea is expected to be groundbreaking next year. A beautiful and spectacular cable-stayed bridge will not only be a key point of the Phnom Penh 2035 urban plan, it will also be one of the eye-catching landmarks. Thus far, as a key part of the planning of Phnom Penh City, the first move has been made to get to the approach that Akriey Ksart Township, which is now in Kandal Province, will be included in the capital’s jurisdiction in the future. Once the bridge completes, large-scale commercial complexes, various residences, and characteristic tourism will naturally come along. Experts in the property industry have predicted that the riverside area of ​​Kandal Province and the area within the radiation range of Phnom Penh's No. 3 Ring Road will be replicated as another Chroy Changvar under the pushing of infrastructure. Right now, this part of Kandal province across the Mekong River from Phnom Penh is still undeveloped land, spotted with three wetlands. There are a few leisure and vacation spots that Phnom Penh citizens like to go to, and each one has its own countryside speciality. Here are some cases in point. 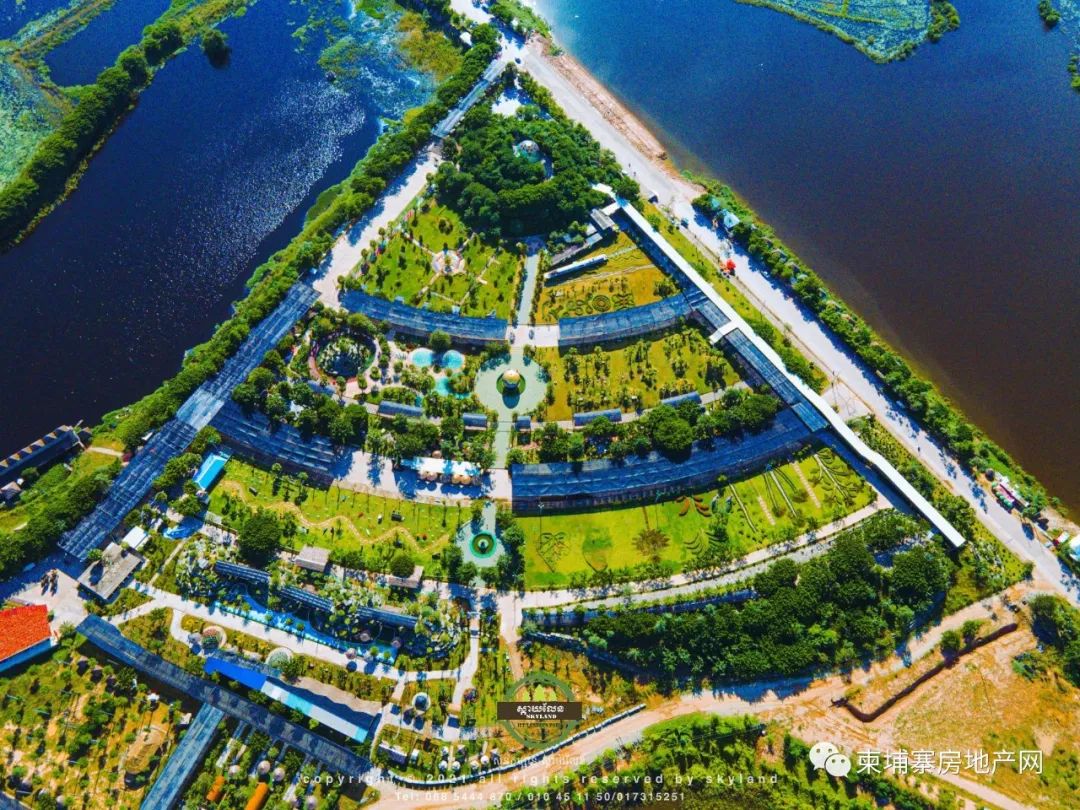 If you take a boat from Diamond Island Ferry to get to Akriey Ksart Village, and then drive along the country road for about 15 kilometers, you will arrive at a place close to the convergence of the three lakes. Here it is - A resort named Jet's Garden Park in Vihear Sour Village, which is the most typical ‘playground’ that welcomes Khmer families up for 1~2 day excursion. Well, you can also enter Kandal province from the north along Road No.8. A few-dollar pass is affordable. There is a children's amusement zone, a mini zoo, a large swimming pool, football course, billiards, fishing, cycling and other options including food and drink. There are also guest rooms in the park, as well as special accommodations such as camping tents and car tents. 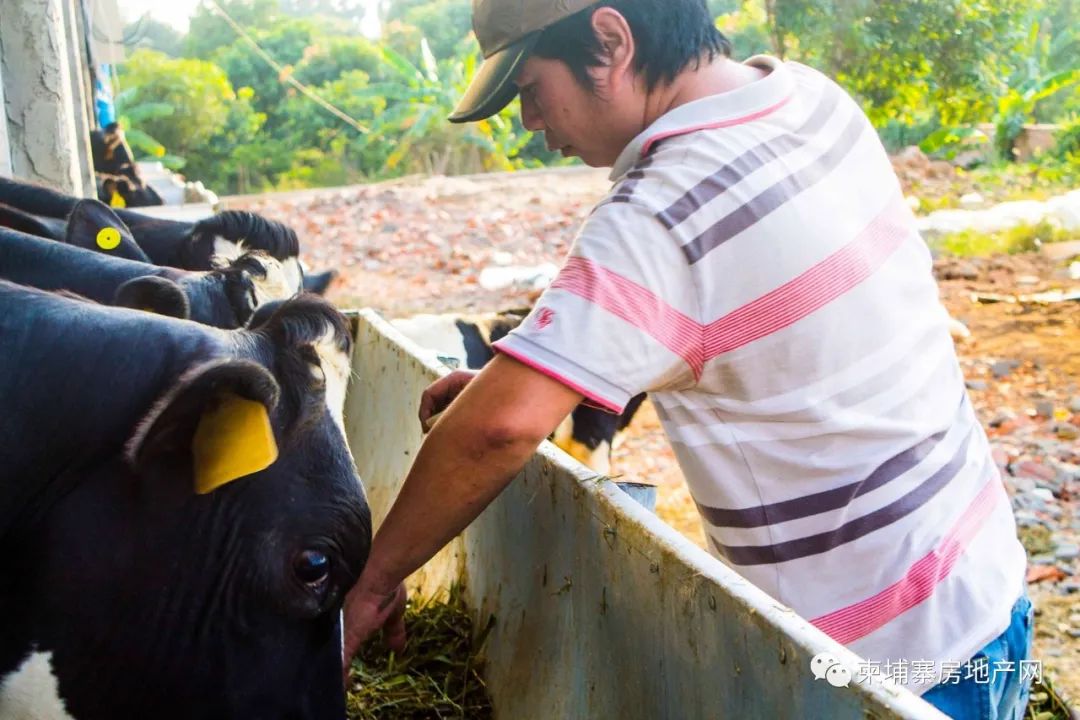 Not far from the Akriey Ksart ferry, there is a dairy farm called "Moo Moo", which is the first local milk supplier in Cambodia, supplying fresh milk to the citizens of Phnom Penh every day. This farm is an entrepreneurial project of young foreign talents co-operating with localized employees. The expatriate members of the farm speak fluent Khmer, and their product concepts and management are down-to-earth, so the farm's Facebook page has drawn a large number of loyal fans.

It is conceivable that the now Akriey Ksart Village, Phnom Penh's future Akriey Ksart District, is extremely well-positioned to become the ‘backyard’ of Phnom Penh on the premise of retaining its inherent attractions. Residential developments around Akriey Ksart are currently few and far between.

For example, Chaktomuk Cityview1 & 2 and Toul Sangke The Sanctuary City are two townhouse projects. The residences they provide are based on traditional Cambodian townhouses, and they attract Phnom Penh's buyers by adding fashionable design elements, supporting facilities to living experience. The Sanctuary City is located in the Akriey Ksart area and has relatively complete facilities. While, Chaktomuk Cityview in Svay Chrum is larger, adjacent to the Cambodia-Korea Friendship Bridge that has already been planned for direct transport between Svay Chrum and Chroy Changvar. As the newest spot in the Capital Bay Area, Akriey Ksart District has a huge space of potential to attract different sectors of industries. The construction of the Cambodia-Korea Friendship Bridge in 2023 is meant to be another epoch beginning.