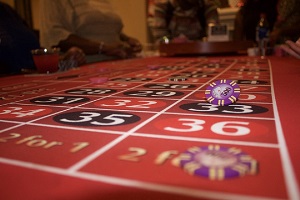 A recent government decision to stop issuing new online gambling licences in Cambodia has many speculating that inflow of both capital and visitors from China will take a hit in the coming months. Real estate insiders, however, say that the move only serves to improve the quality of investments coming into the Kingdom.

Many in the sector have pointed to the gaming industry in Cambodia as one of the main reasons that both investors and tourists from China have been coming to the country in increasing numbers over the past few years.

Indeed, Sihanoukville in the south and Poipet, on the border with Thailand, seem to be the focal points of this growth. Both cities have a well-established casino industry.

Everything was business as usual until the middle of last month. That’s when Prime Minister Hun Sen issued a directive that halted the issuance of new internet gambling permits. The move, which was trumpeted as a bid to eliminate online extortion associated with online gambling venues, also means that existed licences will not be renewed.

Local sources are reporting that many gaming venues have already shut their doors for good and thousands of Chinese expats have left Sihanoukville.

Just a week after the August 18 decision, the Ministry of the Interior deported 150 Chinese nationals in relation to an online gambling scam operating out of Sihanoukville and Bavet.

According to Chinese state media agency Xinhua, the scheme had netted around US$14 million.

Insiders in Sihanoukville have said that room rates at hotels and guesthouses in the area have declined since last month.

Nuon Rithy, chairman and CEO of the Khmer Appraisal Foundation, said that Chinese expats leaving Sihanoukville are workers or visiting gamblers, not investors. This, in turn, has caused a drop in the demand for accommodation, food and other services.

Rithy claimed that other areas of investment in the country, such as real estate, construction, tourism and textiles are stronger than ever.

“The decision to stop the issuance of gambling license is a good strategy to filter good investors ... which will bring benefit to Cambodia’s economy in the long run,” he said.

“I strongly believe that the decision will provide long-term benefits and Sihanoukville province will become the best destination for tourism and trade in the near future.”

Sihanoukville, Bavet, and Poipet are the main centres of Cambodia’s online gambling industry. These three areas are reportedly all witnessing an exodus of Chinese expats.

Despite the fact that gambling is illegal for Cambodian citizens, the Kingdom has become somewhat of a gaming hub in Southeast Asia, due to the fact that foreigners are allowed to lay bets.

However, he added that it is just a short-term effect, and long-term gains will continue.

“Over the long term, this decision will provide big advantages for Cambodia’s macro-economy and renew the current operating licenses for one more year would be the best solution for all." Heang said.

If you want to know more about gambling in the Kingdom, be sure to read our guide to casinos in Cambodia.