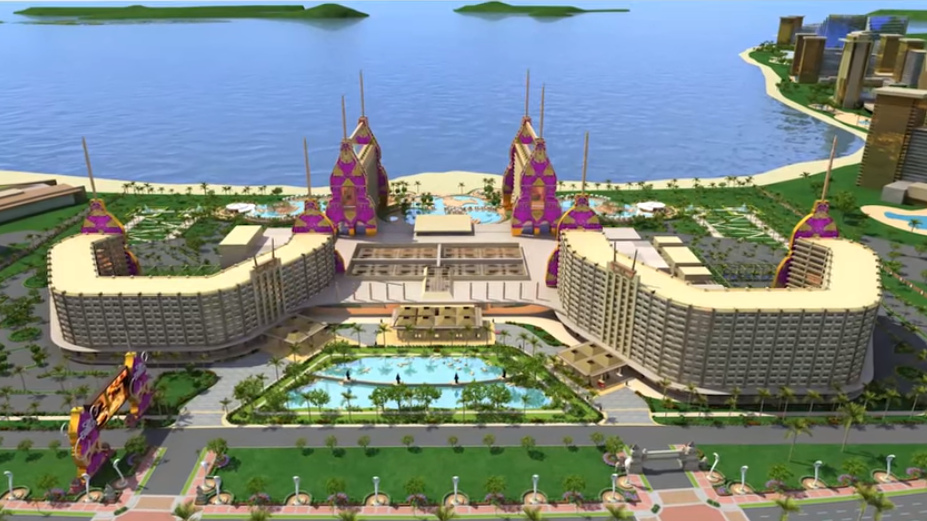 The Province of Preah Sihanouk (aka Sihanoukville) is one of the three major economic poles in Cambodia. Sihanoukville is recognized for its numerous valuable resources, including offshore oil reserves, and its strong economic development in the commercial, industrial and agricultural sectors. It is also showing huge potential as a coastal tourism destination: According to Chhit Sengnguon, vice governor of Sihanouk province, there were over 1.3 million tourists who visited Sihanoukville during 2016’s first five months, an increase of around 16 percent compared to 2015. Read full article: “Sihanoukville Property Development Rising Alongside Tourism Boom” According to a recent BayonTV report, in the presentation of the new investment project to the provincial government on 25th July, Mr. Christoph Forsinetti, CEO of KC JSM Services Ltd. said that, “Having seen the potential tourism market in Sihanoukville, the international investment company, KC JSM Services Ltd, has decided to invest in a multi-development project resort along the beach of SES SAR (known in english as White Horse Beach), nearby the Sihanoukville Autonomous Port. And the project will start construction in October of this year.” According to IBC Cambodia, KC JSM Services is a property development company focusing on property development at all stages, from concept design and master planning to property management. Since 2012, the company has worked closely with the Royal Government of Cambodia in relation to policy for the development of the coastal areas of Cambodia, in accordance with the “Industrial Development Policy 2015 – 2025”. “This multi-development project is located in village 3, sangkat 3, of Sihanoukville City; and the new development will occupy almost 60,000 square meters of land area, with a total investment cost of around 119 million dollars,” Forsinetti confirmed. He stated that his company has spent 4 years accessing the environment impact and other potential problems of the planned project before confirming their investment in Sihanoukville, and has provided suitable solutions for all circumstances moving forward. In total, the development will require approximately 2 years to complete all necessary infrastructure. KC JSM Services will offer not only tourism services, says Forsinetti, but also employment opportunities for around 3000 local workers, paying a minimum salary of $200 per month. In regards to this new investment in Sihanoukville, Mr. Van Chanthorn, the CEO TownCity Real Estate, said that there are many big projects underway in Sihanoukville currently, such as the Camhomes project, D’Seaview, and maybe a new airport project underway soon. “This ongoing investment in Sihanoukville will naturally bring more people to live there,” says Chanthorn, “and the price of real estate will also increase in the coming years.” He added that, “This new project, white horse resort, is a very good investment in Sihanoukville because it will bring multiple benefits; One benefit is a direct advantage and another is an indirect advantage.” He explains that this new tourism venture will provide direct benefits to the people of Sihanoukville province in terms of employment and income opportunities. Meanwhile, its will benefit the province indirectly, as the flow-on-effect shall be more investment in Sihanoukville as the tourism industry continues to increase. Chanthorn says, “More visitors are coming to visit Sihanoukville to stay at resorts like this, and these visitors may also consider investment in Sihanoukville real estate in the future.” But Mr. Den Sakal, CEO of Universal Real Estate, a realtor based in the province, stated that this is a very high-end project, and hence it will not benefit the local people because of the very high price of admission. “The purpose of this project is for high-class families and foreigners only,” says Sakal. “The announcements of projects like this focus on the positive benefits of investment in Sihanoukville and dreamy ideals; but the reality in Sihanoukville does not equate to these grand proclamations. Some major development projects in Sihanoukville have become ghost town’s already, and there is a risk that others will too.”   Sakal added that, “in 2015 there was huge investment in Sihanoukville in terms of condo projects, villas and hotels. And at this time, there was still a large demand in the market. However, while investment continues in 2016, many projects now remain empty because of an oversupply in the market after the 2015 boom, and now there is low demand amid buyers.” Despite his pessimism regarding demand for very high-end projects such as the White Horse Beach development, Den mentions that the demand in the real estate market in Sihanoukville does seem to be picking up again generally in the second half of 2016. Images sourced from: www.thekingstrip.com Learn more about Sihanoukville as a real estate destination, and other great insights in our comprehensive investor guides NOW!