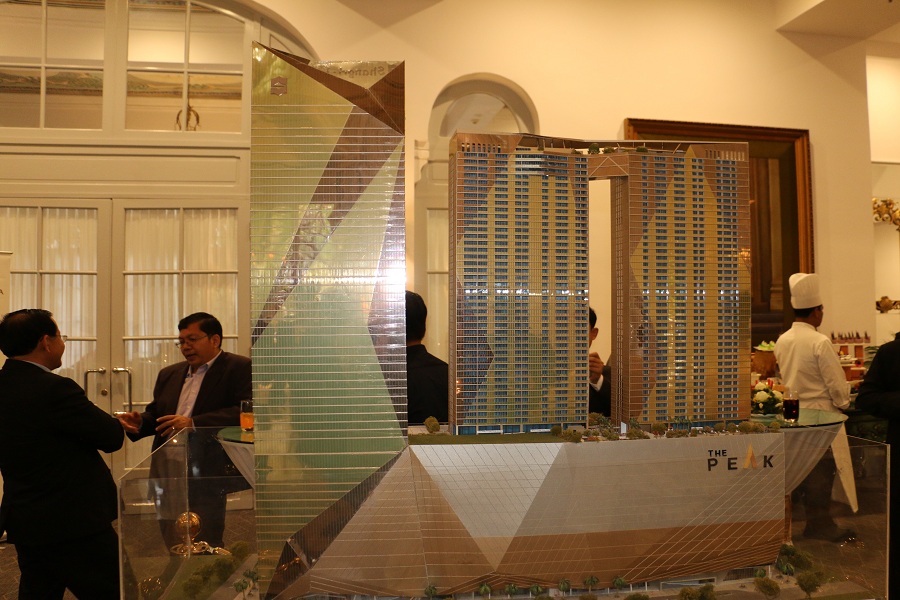 Oknha Rithy Sear, Chairman of Oxley (Gem) Cambodia Co., Ltd., spoke at Friday evening's event, stating that, “This past year has been filled with milestones for our company. The topping out of our first major project in Cambodia, The Bridge, and the strong sales and construction progress of our second major mixed use development, The Peak.”

“For this reason, we decided to organize a small event to celebrate the Cambodian festival season and the upcoming Khmer New Year. I would like to thank everyone for their attendance and wish you all a year full of health and prosperity,” continued Oknha Sear.

The Bridge “topped-out” in December 2016, celebrating the completion of the last stage of structural construction for the project. Oxley Holdings and Cambodia’s WorldBridgeLand have committed more than $300 million of investment into The Bridge project, which is expected to complete and deliver to its buyers on time by the year 2018.

The Bridge complex, overseeing Diamond Island and Bassac River, was a first-mover in the Phnom Penh prime condo, commercial and retail space market, and has recorded impressive sales numbers. Meanwhile, the developer is currently working on their second project, The Peak hotel mixed-development located approximately 50 meters from The Bridge. The Peak is set to be completed by 2020.

Click here for more information on The Peak Realestate.com.kh