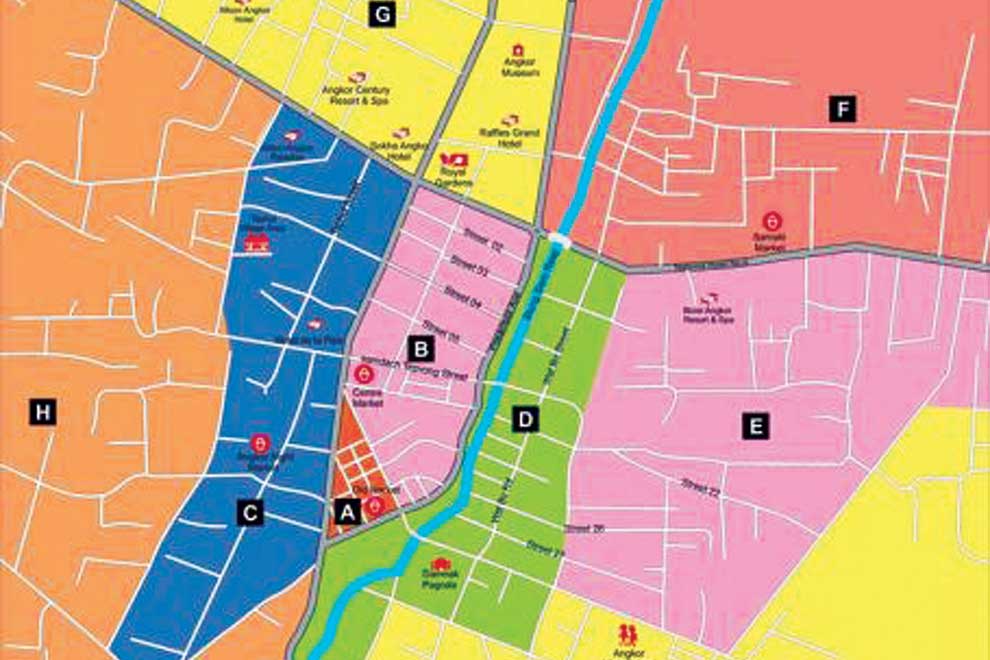 Tourism is a hot ticket in Siem Reap, and it is only set to grow. Siem Reap was ranked as the world’s second best holiday destination in 2015 by TripAdvisor.com. Yet, despite a rise in tourist numbers, Siem Reap land prices don’t seem to be rising dramatically.

While the rise of tourism in Siem Reap, and its gradual spread across the city, is intimately connected to property prices and relative terms of rental agreements, recent statistics provide by Key Real Estate, Cambodia, suggest that Siem Reap land prices have barely changed at all during the first quarter of 2015, with the same quarter in 2014.

One reason that rises in aggregate tourist numbers to Siem Reap may not be causing a significant increase in average Siem Reap land prices is the advent of mass-Asian tourism ventures in the region. Mass-Asian tourism ventures are a somewhat new force in the Siem Reap tourism and properties market, as Chinese, Korean, Vietnamese and other Asian entrepreneurs/investors are choosing to monopolize their parts of the Siem Reap tourism economy.

It is not a phenomenon that is isolated to Cambodia, however, as similar ventures dominate many lower-cost tourism destinations around Asia.

To explain the process of mass-Asian tourism in more depth, let's explore an example:  A Chinese tourism company operating in Siem Reap owns the tour company in China that attracts clients who want a low cost holiday in Cambodia; that same company buys and manages the hotels and restaurants in Siem Reap where these tourists will eat and sleep when they arrive; And the same company may even gain commission from the attractions their clientele visit when they tour around Siem Reap.

Anybody in tune with the media in Cambodia will know that the tourism sector is quick to celebrate any rise in tourist numbers, and often this is equated to direct market growth.

However, while these mass tourism ventures may appear to be boosting the Siem Reap tourism industry on macro-assessments, potential investors and retail renters should keep in mind that the income from this type of tourism is not necessarily flowing into the local Cambodian tourism economy or the hands and pockets of non-affiliated tourism vendors.

Mass-Asian tourism may also not be driving demand for Siem Reap central city land. Asian tourism vendors can opt for cheaper destinations outside of the Siem Reap CBD - as they obviously already have a monopoly on their clientele.

This means that they don’t need to set up operations in the highest tourist traffic areas, because their clientele are the definition of a captive market. This keeps their costs low, and their venture profitable. It is no wonder they are becoming such a dominant force in the Siem Reap Property sphere. According to the above graphic, provided by Key Real Estate, the Siem Reap real estate market can be generally divided into nine zones. Included for each zone are the average Siem Reap land prices, per square metre (p/m2).

Zone H, along the main road from Krom Market to the west border of Siem Reap city, have seen prices range from $400 to $850 p/m2 and from $90 to $250 p/m2 on the smaller roads and lanes. Finally, Siem Reap land prices in