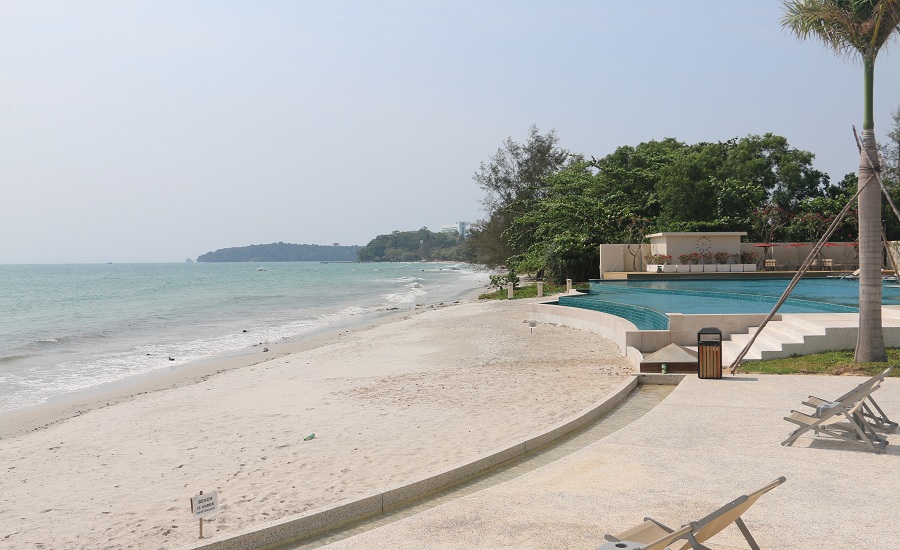 The arrival of Chinese investors and about 100 enterprises into the Sihanoukville Special Economic Zone has become a major magnet that has attracted local and international real estate investors to start their condo projects in the coastal area.

Its lush seas, small islands, and beautiful beaches has inducted it as one of the most beautiful and cleanest beach clubs in the world. This increased the number of foreign tourists visiting the province to around 10 percent annually and has also increased the volume of flights into the area.

CEO of FURI Real Estate, Ly Senleap, said that the Sihanouk province does have potential due to the number of connecting flights from China and from Siem Reap. He is especially surprised that he saw more Chinese tourists visit and invest in the provinces. He said that the province has a potential for development in the real estate sector because of vacant land in offer as investment choices for developers.

“With the construction of condominiums in Sihanoukville, we must ask whether developers should focus on one target or not. If investors focus on local customers, I have little confidence," he said. He adds that "Citizens of the Sihanouk province are most likely not interested in condominiums. But they are still impressed with individual residences in the ground within the province’s remaining vacant land. And the price are still affordable. "

Chrek Soknim, CEO of Century21 Mekong, said that since Sihanoukville is a tourist area and the government is preparing it to be a commercial area in the future, investors are aiming to invest long-term investment into the area because it has future potential.

“The government has focused on this area through beautifying and organizing the beach. A project to build a highway from Phnom Penh to the province, the international airport, and the growth of tourist arrivals were just factors for investors to build condos in the province," he said. "When there are events being organized in the province like the Sea Festival, it is difficult to find guesthouses and hotels for accommodation. So buying a condo for relaxation can be an option as well."

On a condition of anonymity, one of the investors has been invested in condo project, said that the "Sihanoukville coastal province is one of the most beautiful tourist destinations, ranked 2nd after Siem Reap. So, I think it will be better for my condominium because there aren’t many luxurious condos and hotels."

"We are building condominiums to attract foreigners coming to our country. And in 2018, oil drilling from our seas will begin an important part in attracting more investors to come here," the investor said.

Ho Vandy, Secretary General of the Coalition National Tourism Cambodia, said that there are currently two airline companies like Cambodia Angkor and the Bayon Air Company that have been flying between Siem Reap and Phnom Penh to the Sihanoukville province on a daily basis. And there are airlines from abroad that fly chartered and occasionally visit Sihanouk province as well.

He added that "the province will have more potential and flourish if the authorities maintain the infrastructure and the environment, as well as natural on-the-ground and in-the-water well." He added that "the success of the construction of condominiums and real estate here depends on the conservation of natural resources and preparing the area to be more attractive."

Yun Min, governor of Sihanoukville, said that there is currently three condo projects in the province, which are both domestic and foreign investors. He said that the Sihanouk province continued development quicker because the government has prepared the province to become a regional trade cosmopolitan because it has a clean beach and unique, deep harbor in Cambodia. And there are more direct flights going towards the province.

Sihanoukville Real Estate fast is growing fast, see what is the current offer:

This story was featured in the January 2017 print edition of PROPERTY VIEW magazine, produced by the CVEA.

Realestate.com.kh is very proud to support the CVEA’s Property View publication. For more information about joining the Cambodian Valuers and Estate Agents Association (CVEA) please click here. And, if you are interested in advertising placement or advertorial in the next edition of Property View Magazine, please contact Mr. Virith via email:virith007@yahoo.com Or call: 078 959 567  or 098 66 26 68

Take a look at the Sihanoukville location profile on Realestate.com.kh now!