What is a property title?

A title or ‘deed’ is an official document confirming who owns the property, its location, and what rights the property owner enjoys. “It should be noted that a significant percentage of land in Cambodia is not registered with the National Land Office and has no official land title certificate to secure the land on behalf of the owner.”

During the civil war period between 1975 and 1979, all Cambodian land title records were destroyed. This made any definitive proof of property ownership impossible after the war. A land law was passed in 1989 to establish the groundwork for land ownership, but it wasn't until its 2001 revision that allowed private ownership of land in Cambodia. The 2001 Land Law allowed for the creation of a land registry system enabling the issuance of Cambodia land titles. To date, over two million Cambodian land titles have been issued to citizens.

Property ownership can now be secured by one of three forms of Cambodia land title: Hard title, Soft title, and Private Ownership in Co-owned Buildings – also known as Strata Title. In addition, an LMAP title is also now available.

Hard titles are the most secure proof of property ownership and are considered the best Cambodian land title.
Hard titles are certification of ownership provided by the Land Management and Planning office. Hard Titles also include detailed information recognised and certified at a national level by the Ministry of Land and the Cadastral Office. It should be noted that a transfer tax applies when hard title transactions occur.

A quick summary of what is a Hard Title in Cambodia:

A soft title is the most commonly issued Cambodian land title. The soft title, however, is only recognised at the local government level. Soft titles are provided at the local sangkat or district office and are not registered at a national level. The sangkat (commune) or phum (village) chief will issue a letter of possessory rights, which refers to the right of “possession” of property. A person is in “possession” of the property when she/he physically occupies the property but is not the owner of the land as recognised by the authority. Although not as secure as a hard title, they are still considered evidence of possession. Historically, many land transactions have occurred as soft titles to avoid transfer taxes and fees. However, most new major developments are being transacted with hard titles.

A quick summary of what is a Soft Title in Cambodia:

Private ownership in co-owned (strata) buildings is a recently introduced form of property title that also allows foreigners to legally own property in Cambodia.
Co-owned buildings or strata-titled buildings are defined as buildings in which several owners reside, consisting of some parts that are the exclusive ownership of each co-owner (private units) and some other parts that are common spaces for the common use of co-owners (common areas).

A quick summary of what is a Strata Title in Cambodia:

To improve land tenure security, a titling system called LMAP (Land Management and Administration Project) has been introduced in Cambodia
Based on official GPS coordinates, land plots are being registered throughout the country. Should an LMAP title exist for your property already, the borders have been agreed between neighbouring parties and is less prone to dispute.

A quick summary of what is a LMAP Title in Cambodia: How to Transfer A Property Title in Cambodia

When you purchase property or land, it is critical to obtain outright ownership in order to feel secure about your new asset. To complete the process for transferring land titles of ownership, there are particular steps that need to be followed, documents that need to be obtained, as well as the necessary consultations with relevant agencies.

Step 1: Verify the title certificate with the relevant Land Office

The buyer will first need to verify the land title certificate with the Land Office at the Ministry of Land Management, Urban Planning and Construction (MLMUPC), to check for any debts or other claims to the property. This process requires:

Estimated time to completion: This takes approximately 10 days (should occur simultaneously to steps 2 and 3)

Step 2: Obtain information on the property

Estimated time to completion: This should take approximately 10 days (we advise that this be done in parallel to Steps 1 and 3)

Step 3: Obtain the certificate of incorporation and official documents from the seller

If the landowner is a legal entity, the buyer must obtain;

Estimated time to completion: This process should take around 10 days (should occur simultaneously to steps 1 and 2)

Step 4: Apply for registration at the District Land Office (MLMUPC)

When the buyer and seller, whether they are as an individual or a company wish to complete the property transaction, they must go together to the District Land Office at the MLMUPC to arrange, to prepare, and sign the relevant documents.

The documentation needed for this step is

The original Title Certificate held by the seller must be presented to the District Land Office at the time of signing the deed, in order to have the name of the new owner officially inserted on the document.

Estimated time to complete the step: This step takes between 20 and 30 days.

A transfer tax of approximately 4 percent of the total value of the property is paid to the Ministry of Economy and Finance at the General Department of Taxation, in the district that the transferred property resides. A tax receipt is then issued to prove that the property transfer tax has been paid.

To put this quite simply the transfer tax is not based on the actual price of the land which is sold, which is usually the case, rather it is based on the assessed value made by the Phnom Penh Municipal office, which may be higher than the tax rates in other provinces.

Estimated time to complete the step: This process should take around 1 day 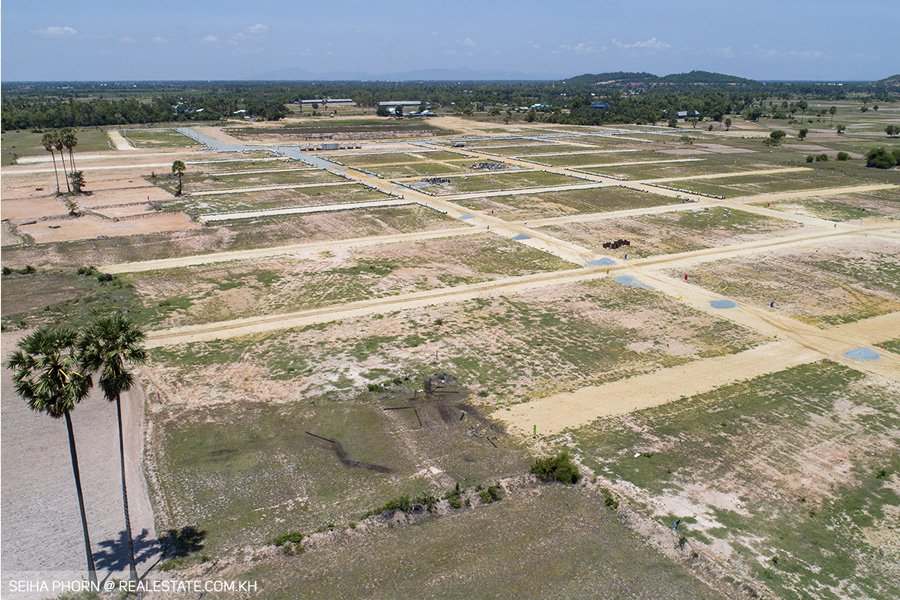 Step 6: Return to the cadastral office to complete the registration process

After all relevant taxes are paid, the parties may return to the cadastral office at the District Land Office of the Ministry of Land Management, Urban Planning & Construction (MLMUPC) and sign/thumbprint an MLMUPC form for buying/selling real property, as filled in by MLMUPC official.

The signing/thumbprinting must be witnessed by a local authority such as commune chief, who will also give their thumbprint. These procedures are based on Land Law Articles; 65, 244 and 245. Land Law Article 69 bars transfer of property unless all necessary taxes are paid. The documentation provided should include payment receipts of the transfer tax. (obtained in Step 5).

Step 7: Obtain the certificate of title from the Municipal Land Office