Demand for affordable residential housing expected to continue throughout 2018 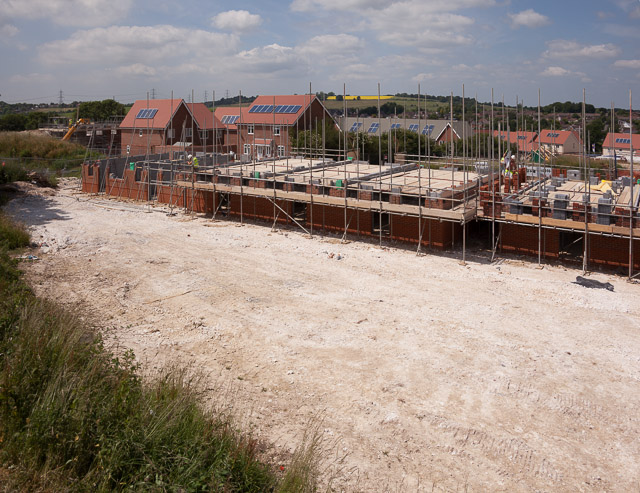 The development of high-end residential projects has been a priority of both local and international developers alike over the preceding years, with a host of condominium and big-budget Borey projects concentrated within prominent central areas of Phnom Penh.

However, according to local real estate experts, 2017 as a whole has seen a major shift in demand- from luxury residential developments, towards housing that is more affordable for those in lower-middle income brackets and in particular the local market - see Realestate.com.kh's Government’s low-Cost Housing Policy for more information.

Meanwhile, these experts are optimistic that this shift in demand that has risen drastically in 2017 will continue to flourish in 2018 and proceeding years. Therefore, developers who have already recognized and responded by constructing more affordable projects are more likely to achieve success in their developments.

Hoem Seiha, Director of Research of VTrust Appraisal, has recently released The Housing Market & Outlook Report 2017. The report states that the Kingdom's property market in 2017 performed well- especially low-price housing projects- while the higher-priced developments decreased in both launches and sales.

Discussing his report further, Mr. Hoem said: “Due to slow demand for luxury housing, developers have shown interest in the local market and responded by supplying housing priced between $30,000 and $60,000. For example, Borey “New World” is only priced in the $40,000 to $60,000 price bracket. This price range is the most popular among middle-income families- especially those who have recently married.”

He continued: “Every year there are many new couples who need housing to work and live in Phnom Penh. These [recently] married couples cannot afford housing priced more than $60,000 dollars.” Therefore Mr. Hoem believes that housing options that are under this price threshold are the only options for these newly established families.

Echoing Mr. Hoem’s view, Mr. Cheng Keng, Chairman of Cambodia Properties Limited (CPL), said: “Over the past few years, developers have focused on luxury housing priced over $80,000, but now demand for this type of housing has slowed. Mr. Cheng believes that the majority of the Cambodian people sit in the middle-income bracket and believes that now is the right time for developers across the board to focus on affordable housing developments.

“By doing so, they will stand a high chance of a success for their projects,” Mr. Cheng added. In the “Consumer Sentiment Survey” conducted by Realestate.com.kh, which was the largest real estate survey to be conducted in the Kingdom, responses from over 5000 international and local respondents regarding buying power and affordability, reinforced the views of Mr. Hoem and Mr. Cheng. One particular example is that in terms of buying power, more than half of the survey respondents (67%) had less than $70,000 dollars to spend on a property.

Further to this, when individuals were asked “How affordable is housing in Cambodia?” 34% of respondents referred to the local property available as "moderately unaffordable”. and 28% stated “affordable”-’ with the remaining respondents believing the housing markets to be moderate to very affordable.

The inference made from these survey results and further analysis is that property in Cambodia is generally affordable for international residents and investors whereas it is still seemingly unaffordable for Khmer nationals.

In light of this shift in demand, many developers have already begun constructing more affordable developments to adapt to the needs of the local market. One example of this is Borey Maha Sen Sok, one of Creed Group’s biggest residential development projects in Cambodia, which is among one of the most successful projects targeting middle-income families.

Ms.Cheng Sokha, Deputy Sales and Marketing Director of Creed Group, said: “Borey Maha Sen Sok started in early 2016 and is expected to be completed by the end of 2018. Our project starts with $49,500 dollars and has proven very successful with 95 percent of the project being sold out”. Ms. Sokha believes the Creed Group has seen the demand for affordable housing amongst middle-income families, which was the purpose of the developer's launch of the project.

Cambodia’s total population is expected to increase from 15 to 19 million between now and  2030 and in Phnom Penh and its urban areas from 4 to 7 million- with 800,000 urban homes estimated to add to current housing stock. This prospective population increase solidifies the true extent of the demand for affordable housing.

Mr. Chea Sophara, Minister of Land Management, expressed support for the creation of more affordable housing to address the capital’s rising population figures. During the National Housing Forum held in June 2017, Mr. Chea said: “The Ministry of Land Management, Urban Planning and Construction (MLMUPC) is paying more attention to seek ways for providing affordable housing for lower-middle people across the nation to obtain housing with comfort, dignity, and safety.”

The MLMUPC is working with the Ministry of Economy and Finance to establish affordable housing prices and incentives on tax and regulation in order to encourage the private sector to shoulder the task, according to Mr. Chea.

Ultimately, it is undisputed that the demand for affordable residential housing in Phnom Penh is a trend that will continue to grow throughout 2018, and the following years. With the expectation of a large population increase, support from the relevant Ministry departments, and developers already tailoring their developments with affordability in mind, it is likely that more families will have the opportunity to enter the residential property market in the years to come.