Building For Rent In Olympic On Street Business 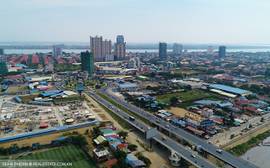 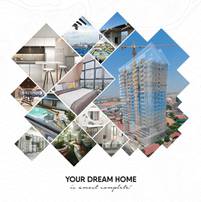 The Peninsula Private Residences: Your dream... 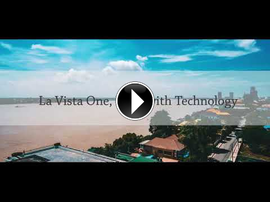 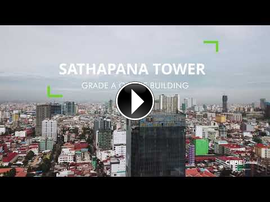 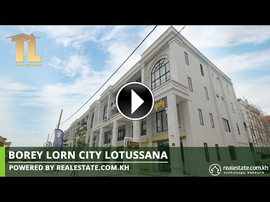 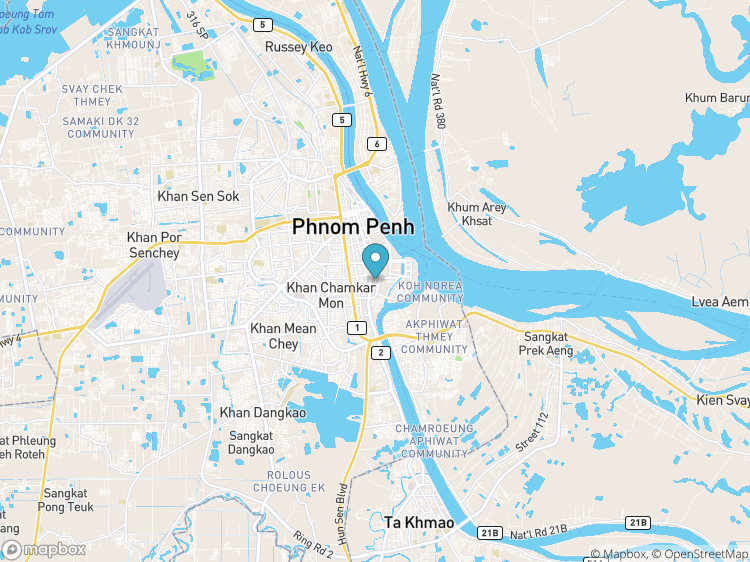 Boeung Keng Kang 2, is known more commonly as BKK2 by many Cambodians and foreigners in the capital of Phnom Penh.

BKK2’s convenient location means it has become an area that is increasingly popular for professionals, international expatriates and business professionals looking to find homes or invest in property in Phnom Penh’s booming real estate market.

BKK2 sits just across Monivong Boulevard from the foreign quarter of BKK1 and the last few years has seen the rapid development of BKK2 and BKK3. These areas had very few modern and western conveniences only a short few years ago but local residents, landowners and property investors realised the potential of housing needs in these areas. This demand now caters to the expat population overflowing from BKK1 but prices remain cheaper in BKK2.

In 2020, the area is also undergoing a transformation with many new build developments underway.

There’s no doubt that Phnom Penh is changing. Many expats have remarked that BKK2 feels distinctly different from BKK1. - the atmosphere is somewhere between the foreign quarter and Toul Tum Poung to the south.

The last few years has seen the rapid development of BKK2, offering more affordable options of housing spaces compared to BKK. BKK2 district is within a 5-min tuk-tuk ride to the same conveniences as BKK but at much cheaper living rental costs.

The rapid growth of Phnom Penh is especially evident in the thriving Boeung Keng Kang neighborhoods. Catering to its mixed foreign residence,  the four surrounding boulevards offer superb accessibility to the rest of the city, not to mention the lively market and chic cafés that’s just a stroll down the street.

BKK2’s convenient location means it has become an area that is increasingly popular for professionals, international expatriates and business professionals looking to find homes or invest in property in Phnom Penh’s booming real estate market.

The property type, especially the two- and three-bedroom flats inside traditional shophouses are one of the most common arrangements for expats in Cambodia. Many are split into two levels with kitchen and living areas below and bedrooms with in-suite bathrooms above. And This type of housing is what the majority of expats in BKK2 and BKK3 end up choosing. Property styles tend to be more dominated by the local Khmer styled housing in much of BKK2. With local landlords in the area realising the value of renting out their properties, many have renovated existing housing in order to accommodate the housing needs of people looking towards living in BKK2.

Moreover, other property types such as full-service apartments with a full range of furnishings can still be found on a budget with new developments under way in 2020.

The final results of the 2019 census will be released in the second quarter of 2020.

BKK1, BKK2 and BKK3 are well known for their mix of upmarket international establishments and sleepy Khmer suburbs.

Boeung Keng Kang 2 is also known for its popularity with the varied expat community, more recently with Korea, Chinese and Japanese.

Things To Do in Bkk 2

One of the highlights about living in BKK2 is that it is seemingly quiet, yet has easy road commutes to surrounding neighbourhoods such as BKK1 and the Russian Market area.

This means you can shop around in the nearby BKK1 or TTP (Toul Tom Pong) areas which are rich in convenience stores, restaurants and cafes.

BKK2 has seen increased activity in the area, with mini marts, pharmacies and shops beginning to pop up. Property owners recognise the value in the area, hence the move towards making it more expatriate friendly. Thus, property styles tend to be more dominated by the local Khmer styled housing in much of BKK2.

Convenience stores can be the best way to pick up a small snack or daily groceries. Kiwi Mart and Fresh Mart are perfect for this. What’s more, International F&B brands such as Sakura Buffet and BBQ are in the area. There are stores like D&K Men Fashion Outlet, Swag Collection, ONE shop, ZIP Outlet, and Fragrance House. There is a wide array of local and foreign-owned coffee shops and banks.

Within BKK2, Tuol Sleng Genocide Museum is the most important historical landmark. The site is a former secondary school which was used as Security Prison 21 (S-21) by the Khmer Rouge regime from 1975 until its fall in 1979. The museum is open daily and offers guided tours with an entrance fee for foreigners but is free for Cambodian citizens.

The other most popular historical landmarks are not necessarily situated in BKK2 but they are not far away, notably Independence Monument and Wat Langka. There are also Wat Thana and Wat Svay Poper.

The Independence Monument was built in 1958 to commemorate Cambodia’s liberation from French rule. Located on the intersection of Norodom Boulevard and Sihanouk Boulevard, the style of the Independence Monument is reminiscent of a blooming lotus (or a lotus-shaped stupa) and it was designed by legendary Cambodian architect Vann Molyvann. A traffic circle circumnavigates the iconic monument but it is a popular place for tourists to visit and take a photo of. At night time the monument is well lit.

The Norodom Sihanouk Memorial, constructed in 2013, is located close to the Independence Monument. The site is often used for ceremonial purposes and marked on special occasions in Cambodia. The bronze statue of the revered former king is 4.5 meters tall and is housed under a 27 meter high stupa.

Wat Lanka temple (or pagoda) is believed to be one of the five oldest temples in Phnom Penh, and is located to the southwest of the Independence Monument. It was built by King Ponhea Yat in 1422 and is believed that the pagoda was first established as a sanctuary for religious scriptures and a meeting place for Cambodian and Sri Lankan monks.

The Boeung Keng Kang 2 area has a few staples that every expat will know. Along Monivong there are a series of affordable Chinese hand-pulled noodle shops. Regardless of which one is the original, they all serve delicious soups and stellar dumplings.

Up near Sihanouk Blvd, Yosaya offers great Thai food. There are also local  beer gardens around Tuol Sleng which have their grills fired up by sundown. Coin Café and Bar can be a good place to get a mix of Khmer or Western food.

There are a few restaurants in the area of BKK2, such as the Vegetarian Happy Cow on street 95 and the Chinese Noodle House on Monivong Boulevard. There are also many local Khmer restaurants, which all offer fantastic food with equally fantastic price tags.

Surrounding Tuol Sleng Museum are a number of local and western eateries catering for the high number of tourists that live nearby the landmark.

The Treehouse Cafe on the corner of streets 113 and 320 has fantastic coffees, cakes, breads and meals. Or try one of the dozens of local cafes and street stall coffee vendors in the area.

There is a lack of large mainstream nightclubs here, BKK2 tends to quieten down at night, which can be a pleasure in itself.

However street 310 in recent years has seen a number of cafes, bars and venues open up, this includes the Beer Urban House .

The Flicks Community Movie Theatre is an iconic social venue for expats and not only a nightlife feature. The independent;y run cinema is open to private bookings and they show a diverse range of mainstream and independent films. Flicks has been operating since 2009 and is also fully licensed.

But BKK2 is also situated very close to very busy nightlife areas such as BKK, Russian Market and Tonle Bassac.

There is a wide range of public transportation across the capital of Phnom Penh. Cambodia’s remork-moto and the new smaller tuk-tuks are common on most streets as are moto-taxis (motodops). There is a public bus route network which does use the main boulevards too.

Private Buses and taxis are also alternatives for commuters and can be arranged via the many hotels and guesthouses in the area.

The airport is about 40 minutes away from BKK1 and there are many ways to be transported to/from the airport. Vehicles can be pre-booked or simply taken from the airport to get to Boeung Keng Kang 2.

Ride-hailing apps are much more commonly used now in Phnom Penh, so it's best to download one or more of these (PassApp, Grab etc), as they tend to be more affordable and easier to navigate with, than explaining destinations to the local drivers, although the English levels are generally good in BKK2.

The Cambodian government announced early in 2019 that BKK would become its own district, it was previously a commune within Chamkarmon district.

The expat demographic is very diverse with residents and visitors from countries such as China, Korea and Japan now more prominent than Western expats.

Boeung Keng Kang 2 is a suburb in Phnom Penh that is located west of BKK1 and south of the Olympic Market. Ringed by the major roads of Sihanouk Boulevard in the north and Monivong Boulevard in the west.

Building For Rent in Chamkarmon

One bedroom apartment for rent in Toul Tum Pong-2 (Chamkarmon),

Price Trends for Properties for Sale in Bkk 2

Price Trends for Properties for Rent in Bkk 2